Malami who pointed out that the Buhari-led administration has been under attack due to challenges occasioned by the global economic recession averred that members of the APC should be proud of the administration. 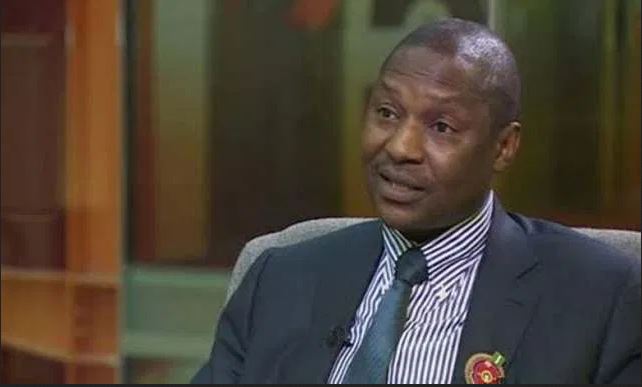 Abubakar Malami, the Minister of Justice and Attorney General of the federation has stated that the All Progressive Congress-led executive has performed more than others criticising it.

The AGF said this while hosting members of the Integrity Group of the Non-National Working Committee of the National Executive Committee (Non-NWC NEC) of the ruling party in his of in Abuja.

Malami who pointed out that the Buhari-led administration has been under attack due to challenges occasioned by the global economic recession, insecurity, poverty, corruption and lack of infrastructural provisions, averred that members of the governing party should be proud of the administration for the milestone achievements recorded so far.

“Our party has not done too badly. We have great and good stories to tell and that can be established factually and not out of mere rhetorics.

“When you talk of empowerment we have not done too badly, we have established the fact that we have done unprecedentedly well as far as empowerment and social investments are concerned.

“When in 2018 we had course to recover about $322 million from Switzerland, Mr. President committed himself to supporting those that are less privileged and those that are indigent with the fund. We have in place N-power programme, which indeed constituted the source of support for the unemployed graduates.

“We have in place school feeding program which was targeted at providing meals for the pupils at the primary and perhaps secondary schools level.

“We had trader money and the success of the programme had indeed now snowballed into what we have today related to 774 local government employment scheme and among others.

“So, if you are talking of direct impact of this government in improving the welfare, wellbeing and making provision for the less privileged members of the society, I think the trader money, N-power, the school feeding programme, taking 100 million people out of poverty and in fact even the agricultural policies of the government had indeed proven important tools for employment generation.

“If you talk of security, notwithstanding the noise that they make all over the place that we have not succeeded, there is no justification to that allegation made by the opposition.

“This is a government that came at a time when indeed about 17 local governments across the nation were in the hands of the Boko Haram.