The soldiers were cocking their guns on unarmed protesters as people ran for their lives. 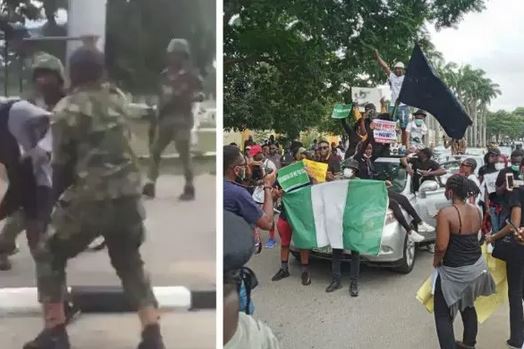 According to online reports, phones and cameras of protesters are been seized by the military in Abuja.Eyewitnesses, camera men for  Arise news has been arrested with several other protesters.

The soldiers are cocking their guns on unarmed protesters as people run for their lives.

They are attacking protesters in abuja again. It seems the government get strong head. We sef we get coconut head. Protest continues. Una never ready. We will weaken the already weak economy