An army van has been refused entry and turned back by angry youths following killing of #EndSARS protesters. 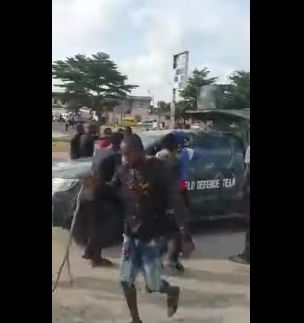 Army van turned back in Lagos
A military van has been turned back by an angry mob in Lagos following the killing of protesters at Lekki toll gate.
The incident reportedly happened in Gbagada area of Lagos.
The angry mob blocked the road and refused the van to proceed saying that they have been killing innocent protesters.
Watch the video below:
Top Stories