'I Am Embarrassed to Have Ever Supported This Bunch of Senseless Leaders' - Gov. Ganduje’s Daughter Blows Hot


The daughter of a Nigerian governor has expressed disappointment for having senseless leaders in Nigeria. 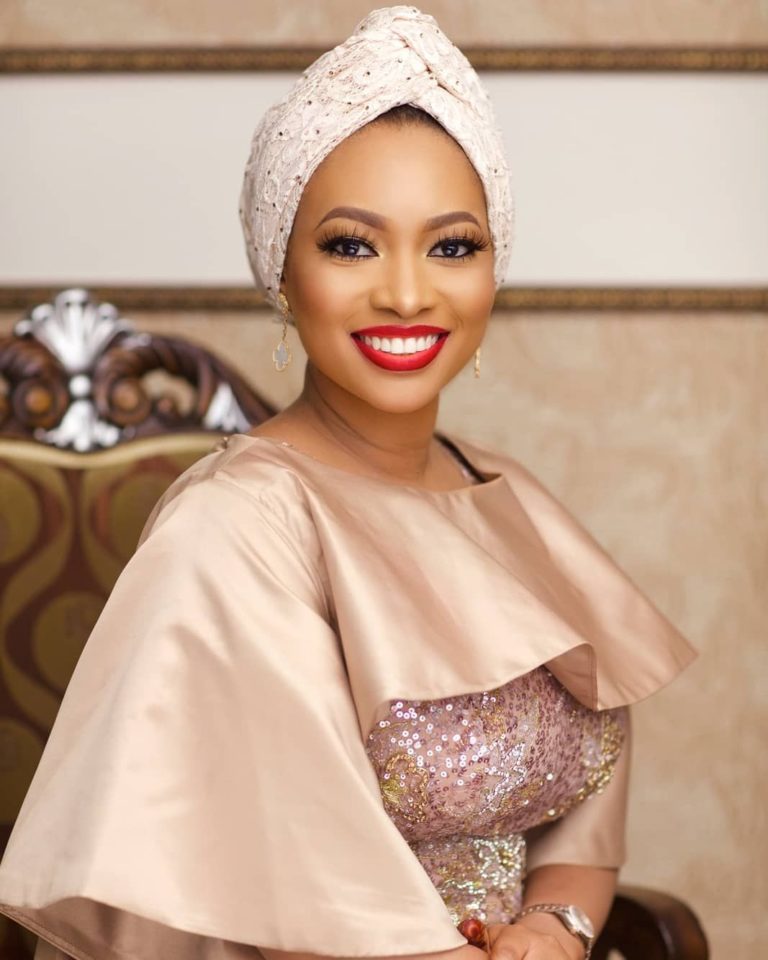 Fatima Ganduje
One of the daughter's of Kano state governor has expressed sadness over the role politicians she supported have been playing as protests rock the country.
Fatima Ganduje-Ajimobi, the daughter of Kano state governor, Umar Ganduje didnt mince words as she condemned the Nigerian government over the massacre going on in the country.
This is coming following series of attacks on #Endsars protesters across the country leaving countless victims injured and others dead.
In a Whatsapp snapshot shared by Fatima, a dialogue could be seen of how 5 citizens of Nigeria have been shot, and 2 reportedly dead, one of which is the friend to the person on the chat.
In reaction, Ganduje’s daughter flared up and cuss out the leaders of Nigeria. She wrote, “I am speechless and embarrassed to have ever supported this bunch of senseless and unpatriotic leaders.” 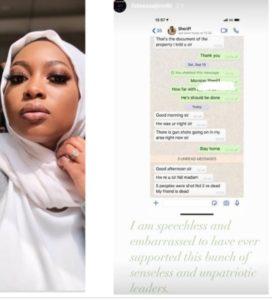