In a tweet, Rema revealed that his brother was cut wrongly while being operated on with candlelight. 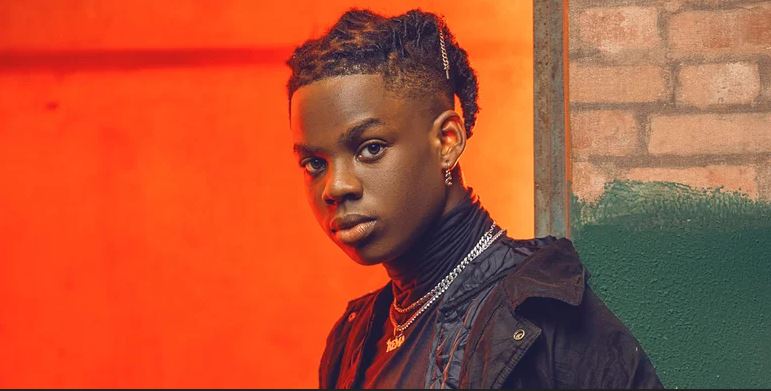 Popular Nigerian artiste, Rema has narrated how he lost his brother to the failed health care system in the country.

In a tweet he shared, Rema revealed that his brother was cut wrongly while being operated on with  candlelight.

The singer who disclosed that his brother bled to death thereafter, added that politicians keep diverting the money meant for good healthcare system and borrowing while using the country's pain as a format.

"I lost my Brother to Nigeria’s bad healthcare system, they did a surgery on him with a candle light they cut him wrongly and he bled to death. The money to provide good healthcare system is in an old man’s foreign account and they keep borrowing using our pain as their format.

We’ve lost a lot of people to the decisions of a few people". 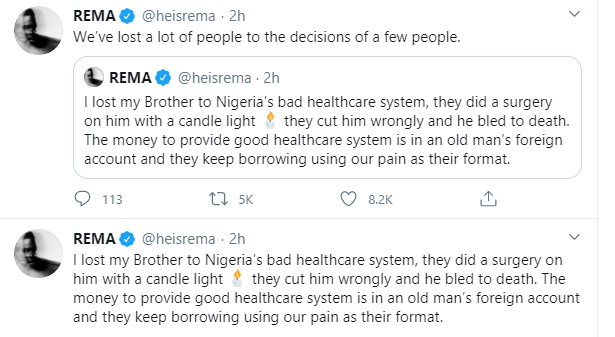