Days after the Chief of Staff was reported missing, it has now been found. 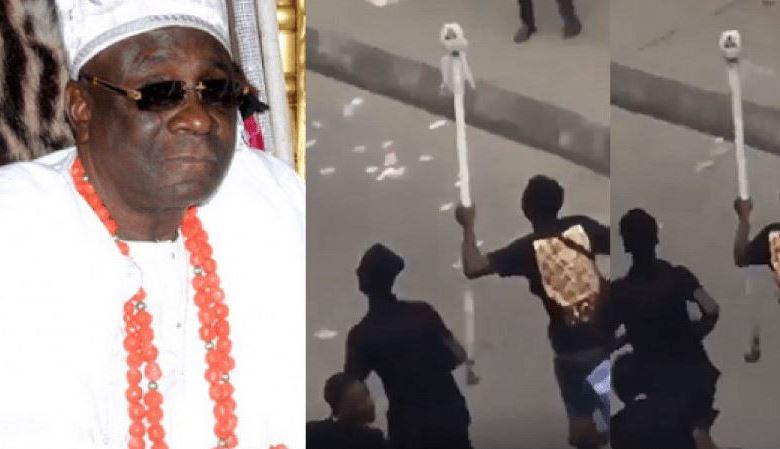 The Staff of Office of Oba of Lagos, Rilwan Babatunde Osuolale Aremu Akiolu which was stolen from the palace after it was raided by hoodlums has mysteriously appeared.

It would be recalled that the monarch's palace was vandalised and lots of things were stolen including the Oba's shoes.

It was reported that, traditionalists, including the Oba of Lagos warned and threatened the thugs who took the Oba to return else a spell will be cast on them.

Days after the warning, the staff has been spotted at the Oba of Lagos’s office and a video that captures the staff place in the room that was vandalized is currently trending online.