The aggrieved man put a speaker between the fence that connects him to the church to give them a taste of their own medicine. 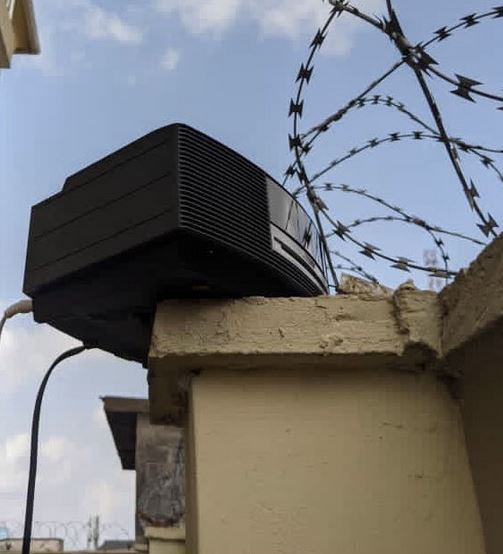 A Twitter user has shared a photo of a sound system placed by her friend in the direction of a church that usually disturbs him in the morning even on weekdays.

According to @ebelee_, her friend began playing Cardi B's "WAP" after placing the sound system on the fence demarcating the two compounds.

"Faysal has killed me this morning. There’s a church next to his house that’s always making noise early in the morning even on weekdays, baba carried his sound system from his house to put on the fence demarcating the 2 compounds and started playing WAP" 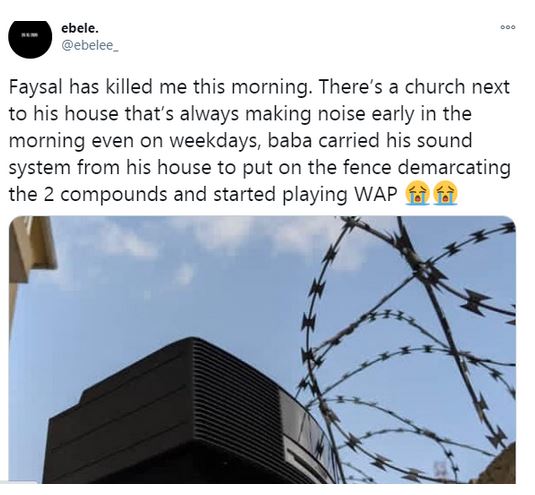