"5 Years, 4 Singles, 4 Videos" - Singer YBNLPrincess Accuses Olamide Of Being Behind Her Downfall


YBNLPrincess has accused Nigerian rapper, Olamide of stagnating her progress from the record label. 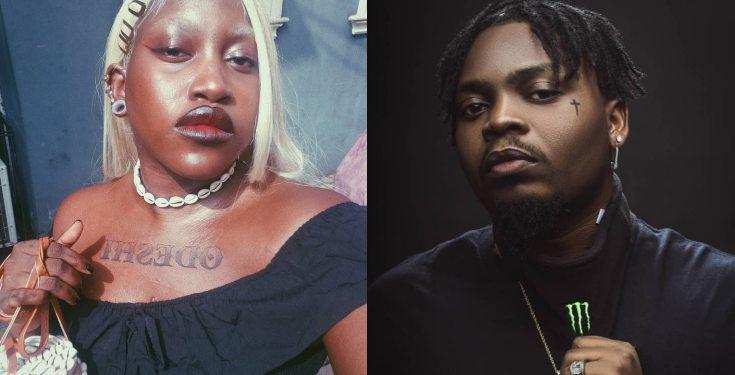 YBNLprincess and Olamide
Nigerian musician, Olamide has been called out on social media by a former signee, YBNL princess, Temmie Ovwasa.
YBNLPrincess who recently revealed that she’s a lesbian, called out Olamide this morning for holding her back despite signing with the record label five years ago.
Temmie Ovwasa alleged that she actually dropped 3 albums which Olamide refused to release and also stated that he rejected all her shows on grounds that are unclear to her.
She accused him of being homophobic and misogynistic while also depending on his fans to shut her up.
“Omo, it’s YBNL thinking that I’m going to keep quiet after they fucked be over for nearly 5 years, My voice may not be loud but I fit shout. You don’t give a person hope & snatch it from them. Olamide Adedeji, I will always have your name in my mouth. Silence is not my language.
Chinko, Xino, Lyta, Davolee, Picasso, Yomi blaze, Limerick,Temmie. You give the world the impression that you’re kind but beneath the facade is a man that leaves a trail of broken dreams. But then again, that’s what men do. Your story will cease from my mouth when you kill me.
5 years, 4 singles, 4 videos. If that’s how he got to where he is he should come and explain @olamide!!!!!!!!!!!!!
How the fuck do you keep a child you brought to Lagos all the way from ilorin in a house for almost 5 years without allowing her drop anything for 3 years, You rejected all my shows for no fucking reason. And I was nothing but grateful because at least I dey YBNL” she twweted. 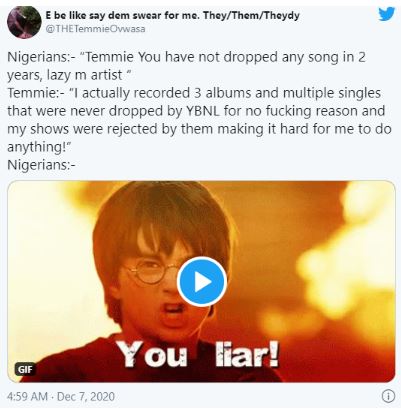