A Nollywood actress has left fans speechless after slaying in a blue dress. 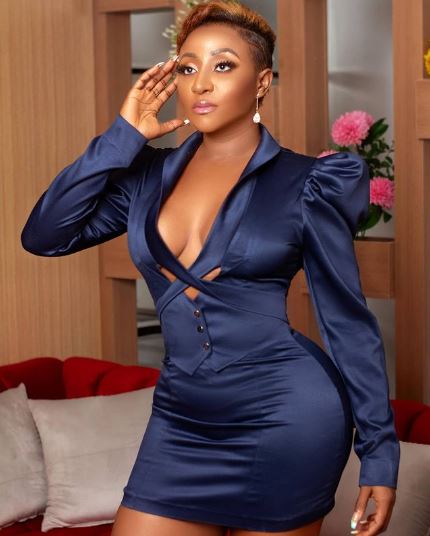 Ini Edo glows in new photo
Nollywood actress, Ini Edo has been trolled by fans to get married before her body starts experiencing menopaus.
This comes after she shared a photo slaying in a blue dress.
She's 38-years now.
A fan while reacting to the photo, read:
“DEY DO BROWN SUGAR, U GO SOON REACH MENOPAUSE.”
According to the fan who reacted, Ini Edo should avoid the slaying attitude because she would soon reach a menopause stage. However, she is known to be part of the Nigerian ladies who live to enjoy their singlehood. She decided to stay off marriage after her union with the American based businessman failed. 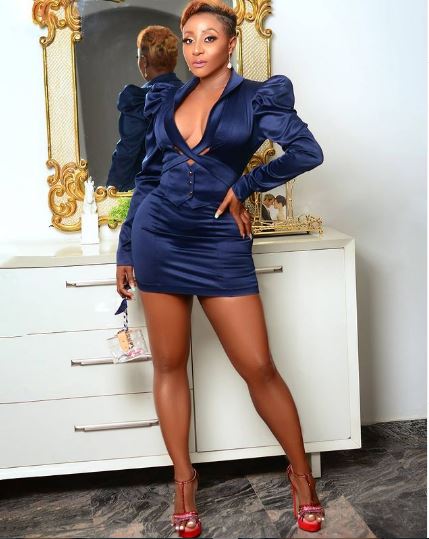 Even though they both did nothing wrong, their separation was based on mutual understanding due to the gap between them. Some people are able to survive long-distance marriage but not in the case of Ini Edo. Now she lives her life to the fullest without dating, which is why she is considered a slay queen. 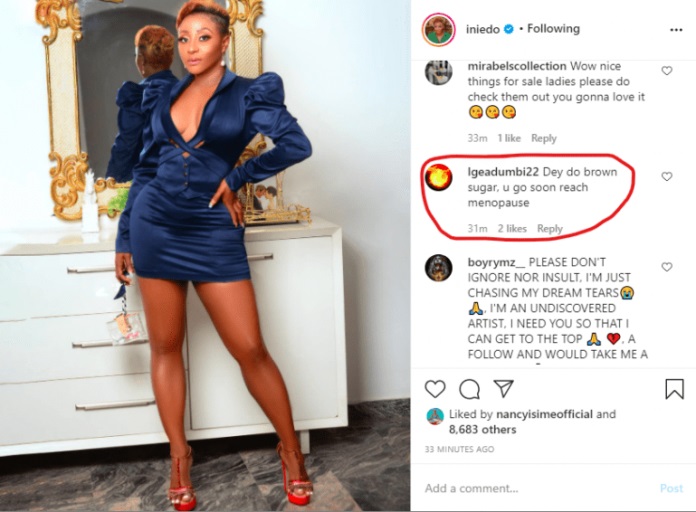