An Instagram user who shared videos from the scene, alleged the commercial driver was shot dead after he refused giving the policeman N100. 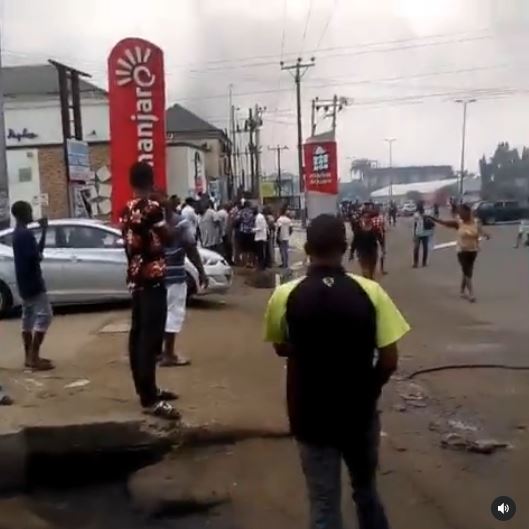 Horrific scenes took over a community in Rivers state after a policeman allegedly shot a Keke Napep driver dead.

The tragic incident occurred this morning in Rukpokwu community of Rivers State as a young Keke Napep driver was allegedly shot dead by a policeman.

Instagram user @Jordiithegreat who shared videos from the scene, alleged the commercial driver was shot dead after he refused giving the policeman N100.

He wrote; Happening live in rukpokwu and rumodumaya community of Port Harcourt, Rivers State... As police officer shoots and kill a small boy who is a Keke driver over 100 naira...

The police man asked the Keke driver to give him 100 naira and the boy said he doesn't have 100 naira to give to them, after much argument the police officer shoots the young boy and they ran away

What else are we going to do in this country na... The young boy is dead now