Friends have taken to social media to mourn the passing of a young man during the Nigerian Army screening exercise. 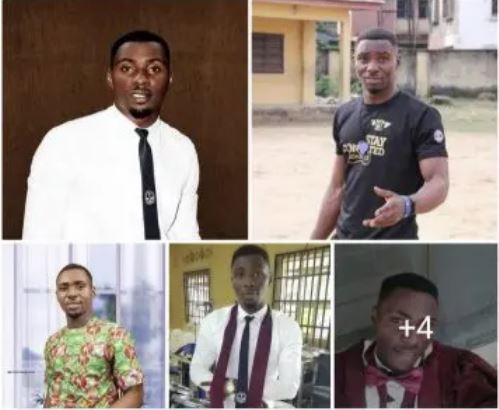 Late Victor Asuquo Akpan
It is a sad time for the family members of a Nigerian man who reportedly died while taking part in the Nigerian Army screening exercise.
Friends said Victor Asuquo Akpan  died during the exercise on December 7, as family and friends take to Facebook to mourn him.
The exercise took place at Ibawa, Akwa Ibom State, where he slumped and died according to reports online.
Victor was laid to rest on Thursday,  Dec 10, in Akwa Ibom state. 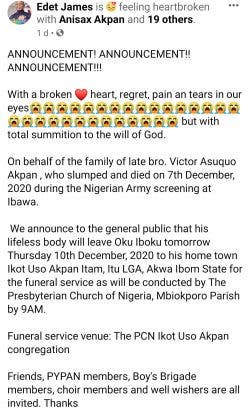