Barde Paul recounts how soldiers in search of the corpse of a missing General demolished his property sometime in 2018. 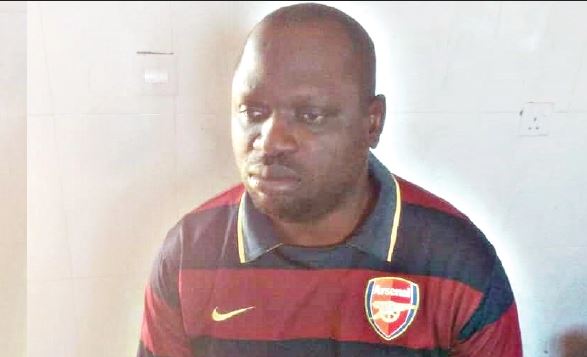 A businessman, Barde Paul has recounted how soldiers in search of the corpse of a missing General demolished his property sometime in 2018 in this interview with OLADIMEJI RAMON.

Tell us about yourself?

My name is Barde Paul. I am a graduate of the University of Jos. I am a practising builder and businessman. I am from Kamkun, Langtang South Local Government Area of Plateau State.

You once had a problem with the military; what was it about?

I got a call from one Major A. Uba from the 3 Armoured Division Garrison, Jos on the morning of September 26, 2018 to come and open my property or they would break it open. My property was next to a pond they claimed a missing General’s body was deposited and they had been ordered to recover it by all means. They claimed that security report suggested that the General’s body was deposited in the pond. I told them I knew nothing (about the matter) since I resided elsewhere and only come to check the fish farm in my compound occassionally. The property is located at kwang, Jos South Local Government Area, Plateau State, while I lived at Hwolshe, around the old Airport Junction, Jos

Why didn’t you go to open the property for them, so they could check?

I went there at once to open the property.

What happened after then?

On October 1, 2018, I got another call from the same officer, Major Uba to come and see my collapsed storey building of shops; but I was away for work on the outskirts of Jos and I told him I would come the following day. When I got there, I was devastated to see my property and livelihood (fish farm) in shambles and not even knowing that the worst had yet to come. The Garrison Commander,  Brigadier General U.I. Mohammed, showed up and asked me in Hausa language how I was, and I replied that I was fine. He asked me if I had reported the matter to anyone, and I said no. Then he said to me, ‘Hear me well, the army is not responsible and will not pay you for the damage’. Then he called for their cameraman and ordered some officers to arrest me. He told them not to assault me. So, I was arrested but I was not tortured.

For how long were you detained?

I was detained for 16 days without bathing and brushing (my teeth); I was made to urinate in an infested container; I was made to sleep on bare floor without cover. Though I was not physically tortured, I was psychologically tortured. I was also subjected to hunger because we were fed only once a day. I am only just recovering from the trauma and I have been managing glaucoma after they deprived me treatment for 16 days.

When you say ‘we’, does it mean you were detained along with other people?

Yes, I was detained with a lot of people.

Did they find the body of the missing General in the pond?

Your shops that were demolished, were they rented to tenants or being used by yourself?

I had just completed the building for commercial purposes; the shops were not rented out yet, but I had some foodstuffs and construction equipment housed in the building.

What is the value of the building?

As of today, the building is valued at over N55m.

What was the economic impact of the demolition on you?

The vandalism of my livelihood, the fish farm, valued at over N14m is enough to kill anybody with economic difficulties. I can’t pay school fees or meet my obligations in the house.

Did the military apologise and compensate you?

No, they did not. What I got were threats. No compensation till date. Brigadier General Umar categorically told me they would not pay.

Did you sue the Nigerian Army over the matter?

There have been efforts to get the army to compensate me but Brigadier General Umar keeps stalling it.

How exactly is Brigadier General Umar stalling the compensation?

Brigadier General Umar is stalling the compensation by his earlier comment that the military would not pay.

Did that incident change your perception about the Nigerian Army?

I am most disappointed, especially with the fact that I am a son of a retired soldier, and this is happening at this time when the military needs the support and absolute cooperation of the citizens. Honestly, to say the least, I am heartbroken that an organ of government I aspired to join as a kid would victimise and keep threatening a law-abiding citizen. I pray the Chief of Army Staff will in his wisdom change the narrative here.

What kind of compensation do you want?

I want the military to compensate me adequately for the destruction of my property and livelihood.