Oh No! NFF Board Member, Emmanuel Ibah, Dies Of COVID-19


Mr Ibah, who was the NFF coordinator for the South-South zone, was also the Akwa Ibom football association chairman until his death. He was 61 years of age. 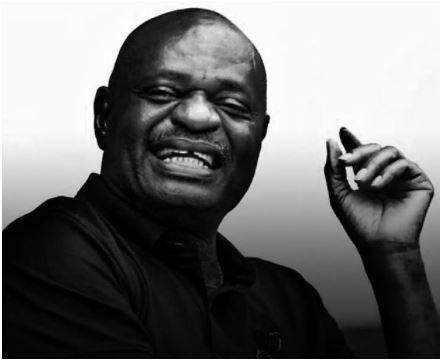 Emmanuel Ibah, a member of the executive committee of the Nigeria Football Federation, has died.

The man's death has been thrown the federation into a fresh round of mourning on Tuesday.

According to PREMIUM TIMES, Mr Ibah, who was the NFF coordinator for the South-South zone, was also the Akwa Ibom football association chairman until his death. He was 61 years of age.

A statement issued by the NFF on Tuesday quoting family sources reveal that Mr Ibah died Tuesday morning after succumbing to complications from the new coronavirus pandemic.

He was said to have had underlying diabetic and hypertensive medical conditions.

Described as an energetic figure who showed intense dedication and commitment to the development of football in Nigeria, the Mr Ibah was also the chairman of the NFF Protocols and Ceremonial Committee and Vice Chairman of both the Establishment and Referees Committees.

The president of the Nigeria Football Federation, Amaju Pinnick, described the latest death as one too many.

He said: “I am just lost for words. I don’t know what to say. This has been a tragic year on so many fronts. Emmanuel Ibah was like a brother. He was my colleague from the South-South on the NFF Executive Committee and a very loyal and supportive person. We have lost another pillar on the Board. May his gentle soul rest in perfect peace.”

Mr Ibah’s death on Tuesday morning made him the third member of the NFF Executive Committee and the fourth key figure in the NFF to pass away this year.

The member from the South East, Chidi Okenwa, died on May 5 and Musa Duhu who passed on September 19.

The NFF’s head of ICT, Tolulope Abe, died on August 29.

Eguavoen Steps Down As Super Eagles Coach After AFCON 2021 Exit