Aisha made the call while reacting to the worsening security condition in the region. 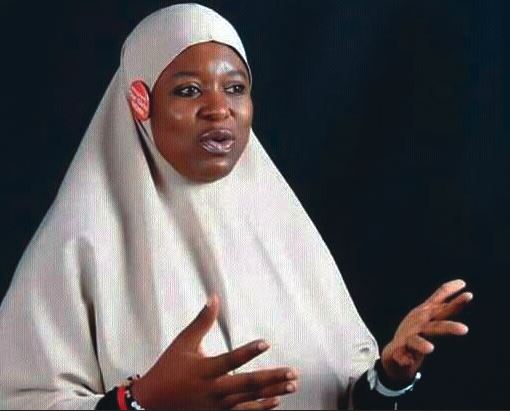 One of the frontliners of the EndSARS protests and popular activist, Aisha Yesufu, has called on Northern musicians, actors and celebrities to demand that the President acts for the lives of people in the Northern region to matter following the abduction of 333 boys in Katsina.

Aisha made the call while reacting to the worsening security condition in the region. 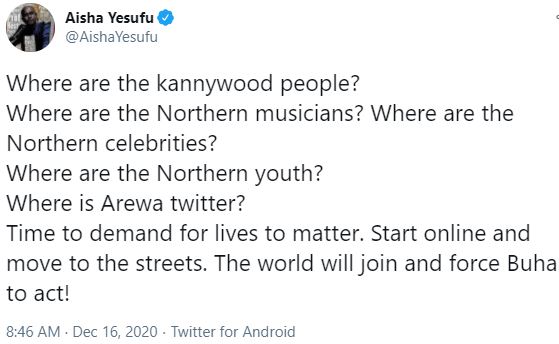