Buhari’s nominee, Justice Ishaq Bello, who is the Chief Judge of the High Court of the Federal Capital Territory, obtained five per cent of the total votes cast. 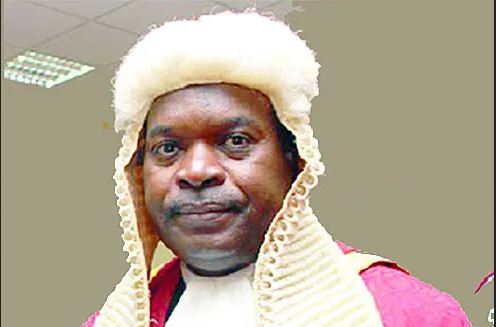 According to The PUNCH, Nigeria has failed to clinch a seat at the International Criminal Court.

This is after the nominee of the President, Muhammadu Buhari, failed to obtain the necessary votes.

Buhari’s nominee, Justice Ishaq Bello, who is the Chief Judge of the High Court of the Federal Capital Territory, obtained five per cent of the total votes cast.

The ICC stated on its website that Bello polled 12 votes out of the 117 votes in the first round of the election, making him one of the lowest nominees, second only to Milandou Prosper of the Republic of Congo.

An earlier report by the ICC stated that Bello is fluent in English and knowledgeable in criminal law but seems to lack the required skill needed for the ICC job.

The advisory committee classified all nominees into four categories- highly qualified, qualified, only formally qualified and not qualified.

Justice Bello was designated as ‘only formally qualified’ after an assessment.

An earlier report on Bello read in part, “The committee noted that the candidate does not have direct experience in international criminal law and procedure based on his answers to questions regarding the functions and powers of pre-trial and trial chambers and the admissibility of evidence collected in violation of legal provisions, and did not have in-depth knowledge of the Rome Statute or the jurisprudence of the International Criminal Court. He demonstrated, however, good general knowledge of how a judicial body should work in a multicultural environment.”

The ICC also uploaded Justice Bello’s responses to questions on its website.

Only the candidates of the UK and Georgia out of all the 18 countries emerged as ‘elected’.