A popular micro-blogger, Tunde Ednut has been left in stitches after losing his priced Instagram page of over 2 million followers. 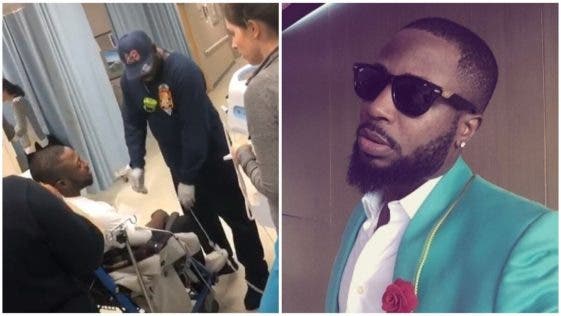 Tunde Ednut
Nigerian blogger and former singer, Tunde Ednut has lost his Instagram page with over 2 million followers.
The revelation has left some Nigerians jubilating while others sympathized with him.
The page with over 2 million active followers was reportedly disabled by Instagram after it was reported by some individuals for spam.
The disablement is coming days after Nigerians dragged life out of the acclaimed singer and warned him never to sing again after he released a song featuring Davido and Tiwa Savage.
Most users especially, Titans (BBNaija’s Tacha’s fans), Elites – BBNaija Erica’s fans – are rejoicing across the media space at the end of the reign of Tunde Ednut.
The singer has been reported in time past for allegedly bullying people on the internet. There had been cases of him entering into users’ DMs to curse them out. He is also fond of cursing his victims’ mothers.
See some reactions below:

Tunde ednut suppose don commit suicide by now😂 somebody check up on that guy abeg... 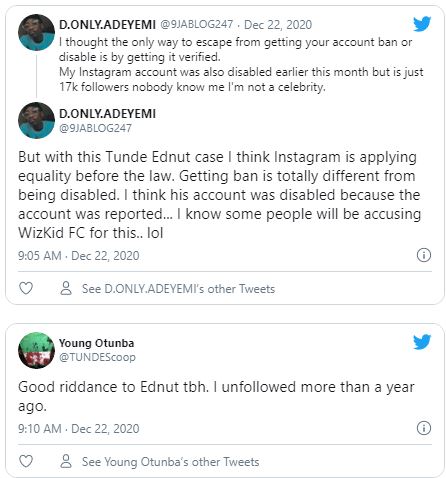 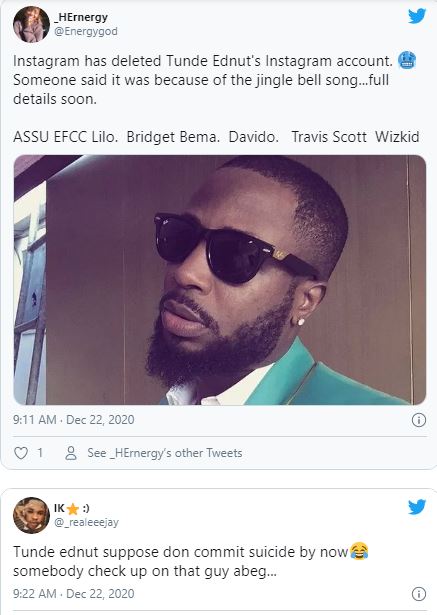