A woman planning to force two Nigerian teenagers to Libya for prostitution has been apprehended. 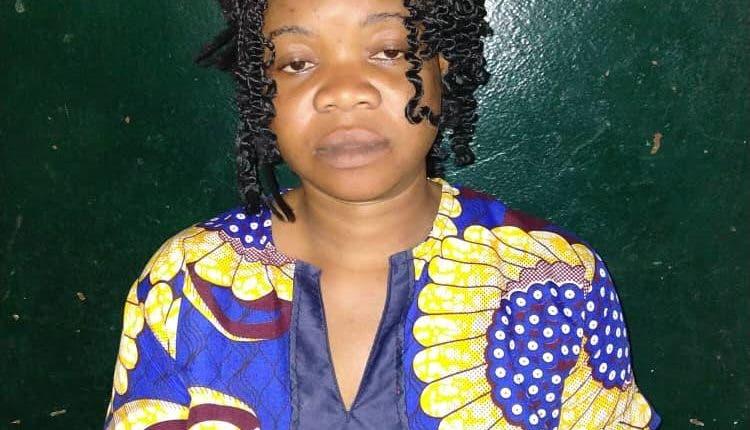 Comfort Innocent
A Nigerian woman, Comfort Innocent has been arrested after making plans to send two underage girls to Libya for prostitution.
The 35-year-old woman's arrest followed a complaint by the mothers of the victims, Mrs Oluwaseun Adurotola and Sakirat Fasasi, over the abduction of Blessing Adurotola (15) and Hasisat Fasasi (16).
The parents of the victims had lodged complaint at Owode Egba Police Station that the suspect had abducted their daughters and was about taking them to Libya.
She was apprehended on the strength of the information by the Divisional Police Officer (DPO) of Owode Egba Police Division, CSP Matthew Ediae and his team.
The suspect was reported to have confessed to the crime, while explaining that she had been in the business of recruiting young girls for prostitution in connivance with her husband, who resides in Italy.
According to the Police Public Relations Officer, Ogun State command, Abimbola Oyeyemi, the two victims had been rescued in Kaduna State by the Police.
Oyeyemi, a Deputy Superintendent of Police, said: “On interogation, the suspect confessed being a human trafficker and that she has been into the business for a long time.
“She confessed further that her victims were being sent to her husband based in Italy for prostitution, while confessing that the two girls had been taken to Kaduna State for onward journey to Libya.
“The two victims have been rescued from Kaduna by the police.”
The PPRO said the suspect would be transferred to the anti-human trafficking and child labour unit of the state Criminal Investigation and Intelligence Department on the order of the Commissioner of Police, Mr Edward Ajogun.
Top Stories