The corporal who accused Buratai of poorly managing the fight against insurgency has been set free. 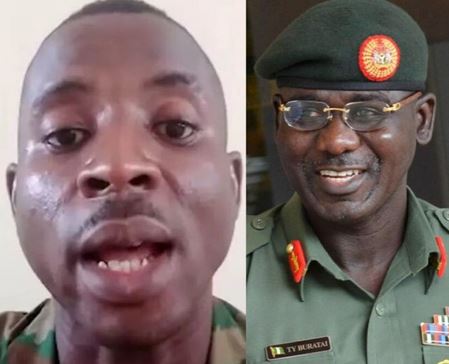 After 7 months in detention, Lance corporal Martins Idakpini who was arrested for criticising chief of army staff Tukur Buratai, has been released.

The soldier was arrested and detained in Abuja after a video which was made in June 2020 went viral. In the video, he accused Buratai of poorly managing the fight against insurgency.

“Court martial grants bail to Lance Corporal Martins Idakpini. The court sitting in Sokoto made the order today after I argued the bail application.

“Idakpini was arrested for criticising army authorities. He’s been detained for 7 months without access to his family.”