An ex-presidential spokesman has reacted after his son came out in public to reveal that he's gay. 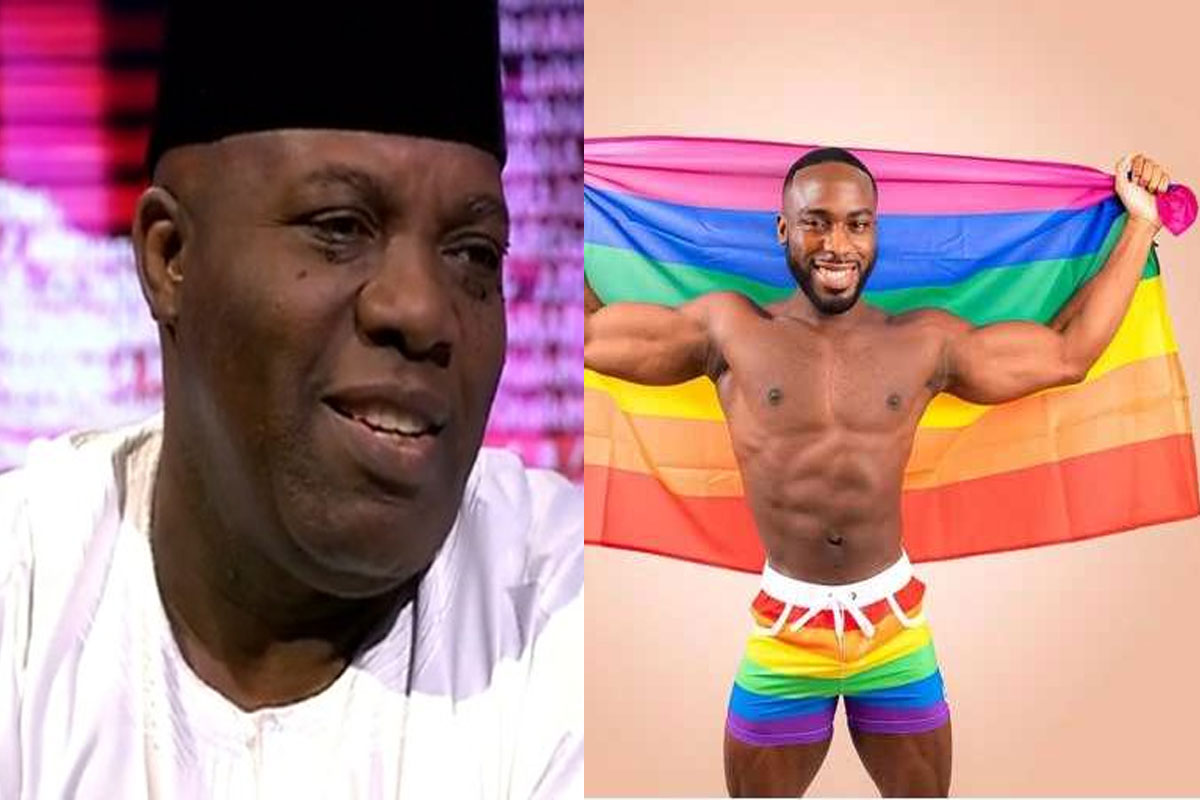 Doyin Okupe and his son, Bolu
A former Presidential Spokesman, Dr. Doyin Okupe has said his son's gay status is a spiritual problem only God can solve.
Okupe said this in a series of tweets while reacting to a viral photo showing his son, Bolu, wearing rainbow boxers with the caption, "Yes, I am gay”.
Okupe, who served under former Presidents Olusegun Obasanjo and Goodluck Jonathan, said as an evangelist, he would never accept homosexuality as it is at variance with Christian values.
He, however, said he was hopeful that God would intervene, adding that he had been aware of his son’s sexual orientation for quite some time.
The former Presidential aide tweeted, “I have been aware of this his new orientation for a while now. He knows that as a Christian and a witness for Christ (an evangelist), I am vehemently opposed to homosexuality as it runs contrary to the avowed precepts of my Christian faith.
“For me, I look beyond the surface or the physical. Here I see a major spiritual challenge ahead but I know as my God liveth, this whole saga will end up in praise to the Almighty Jehovah who I serve day and night.
“For it is written: Behold, the hand of the Lord is not shortened that it cannot save, neither is His ear dead that he cannot hear. Isaiah 59 vs 1.”
Top Stories