The Ekiti state Indigene was arrested at Sarojini Nagar area of Lucknow based on a tip-off.

A Nigerian man has been arrested by the authorities for residing in India with an expired visa, police said on Tuesday, January 26.

The accused identified as Aluko Ulva Tobi Jones from Ekiti state, was arrested at Sarojini Nagar area of Lucknow based on a tip-off. 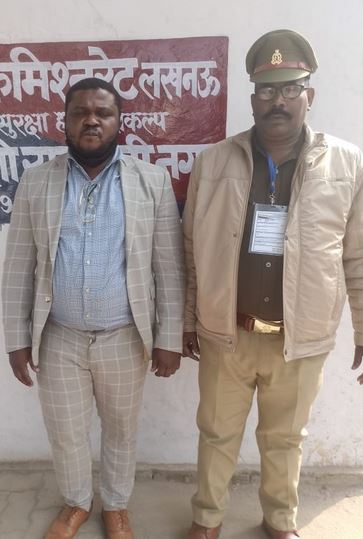 The accused was residing in Kanpur, the police said.

A case has been registered against him under various sections of the Indian Penal Code and the Foreigners Act at Sarojini Nagar police station.