Laycon has given a reason why he chose to discuss with fellow housemates issues concerning him and Erica in the BBNaija house. 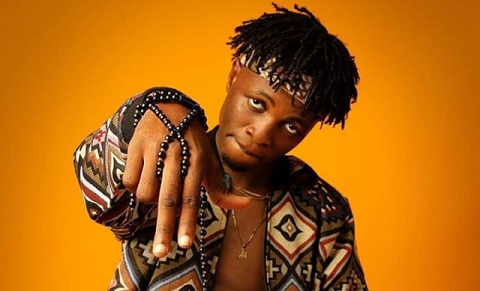 Laycon
Nigerian musician and reality star, Laycon has again spoken about the ugly incident in the BBNaija house that led to the disqualification of ex-housemate, Erica.
He broke his silence as five episodes of his anticipated reality show, ‘I am Laycon’ premiered exclusively on Showmax today, February 11, 2021.
The Showmax kicked off with its first episode shedding light on the rapper’s love turn sour relationship with disqualified housemate, Erica Nlewedim.
According to the rapper, he tried to move on when he realized she couldn’t reciprocate his feelings. However being enclosed in a space with twenty housemates made keeping to himself quite difficult.
“So in a house, where we were just twenty of us and I’m sorry, how was I supposed to deal with that issue if not talk about it? Cause even when I’m outside the house, I talked about it.
“I needed space, I need space. I try to give space as much as possible but in the house…that we were together in, that was hard for me. And talking about it kind of helped me mentally go through it. So, that’s that”, he said.
Top Stories