The suspects were arrested for allegedly masterminding the theft of 257,822.16 American Dollars from a new generation bank. 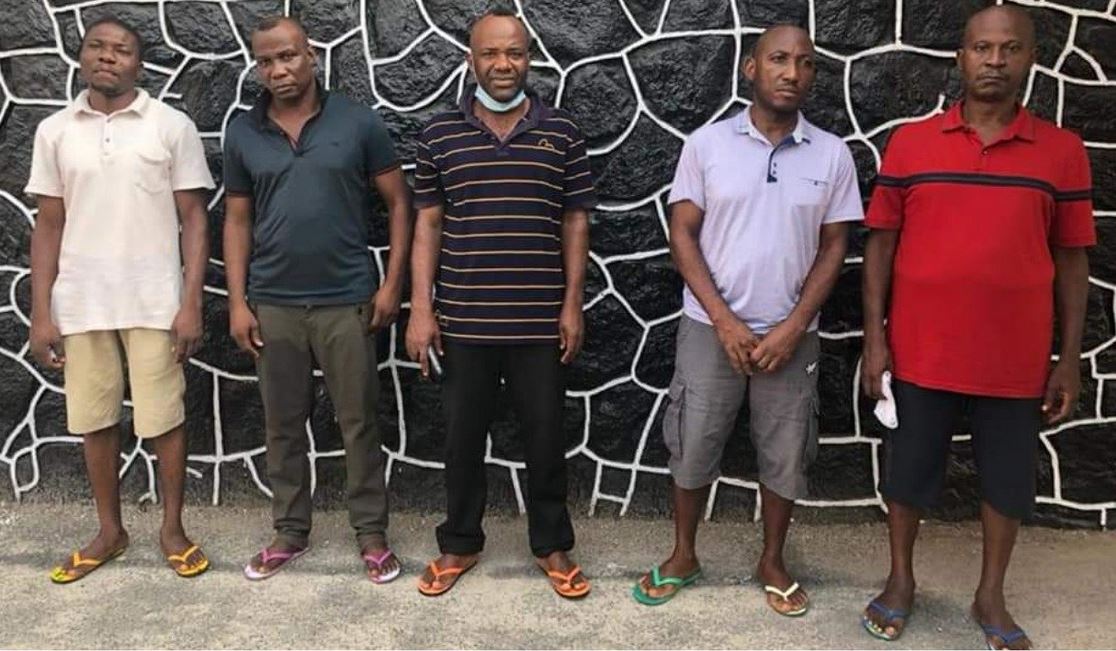 Five suspected fraudsters have been apprehended by Operatives of the Economic and Financial Crimes Commission, EFCC for specializing in credit card fraud.

The alleged fraudulent transaction was reported by the Bank through a petition, alleging that the bank received a mail from VISA International on suspected 60 credit card transactions.

The EFCC in a swift action moved and arrested the five suspects at 7th Avenue FESTAC, Lagos.

A statement issued by the EFCC, said they were arrested with several credit cards in their possession, which they use in loading money before transferring them to other banks.

Some of the suspects have made useful statements while investigations continue.

They will be charged to court as soon as investigations are concluded.