El-Rufai had earlier in the month said any bandit arrested in the state would be killed, maintaining that “Kaduna State is at war with bandits”. 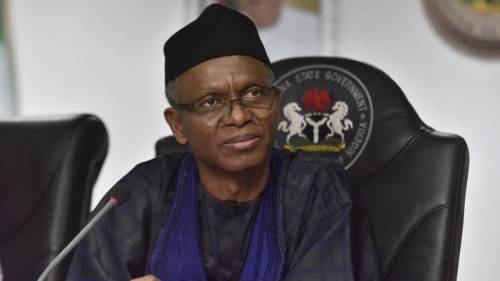 According to a report by SaharaReportes, some bandits who operate between Tegina in Niger State and Birnin Gwari in Kaduna State have vowed to deal with Governor Nasir El-Rufai of Kaduna State.

The bandits disclosed this during a peace meeting with popular Kaduna-based Islamic cleric, Sheikh Ahmad Gumi, on Thursday at Tegina forest, a top source told SaharaReporters.

El-Rufai had earlier in the month said any bandit arrested in the state would be killed, maintaining that “Kaduna State is at war with bandits”.

He also disagreed with suggestions by Gumi that the bandits should be granted amnesty and compensated.

The governor said the bandits would not be willing to give up kidnapping, considering how lucrative kidnapping had been to them.

“Anybody that thinks a Fulani man that ventured into kidnapping for ransom, and is earning millions of naira, would go back to his former life of getting N100,000 after selling a cow in a year, must be deceiving himself,” El-Rufai said.

“Why should they be compensated after killing people, destroying their houses? Who offended them? Ahmad Gumi is my friend and this is what we discussed with him.

Speaking during a meeting with Gumi, the leader of the gang of bandits he recently met with, Dogo Gide, reportedly lambasted El-Rufai over his statement.

Gide was said to have added that his men were ready to carry out more attacks on communities in Kaduna State.

“He told the delegation led by Sheikh Gumi that he will deal with Governor El-Rufai and nothing will happen. He also said his boys are ready to attack more towns in the state. He said he and his boys are not afraid of death and anybody against their demands will be crushed.

“Sheikh later begged him and told him that all Northern governors have agreed to meet their demands,” a security operative at the meeting told SaharaReporters.

Gumi’s visit to Tagina forest came after kidnappers abducted about 42 persons, including students, staff members, and some of their family members from the Government Science College, Kagara in Niger State on Wednesday.

A student identified as Benjamin Doma was killed during the attack.