The presiding judge, held that the EFCC failed to establish a prima facie case that would warrant the accused person to open his defence with respect to counts one to six. 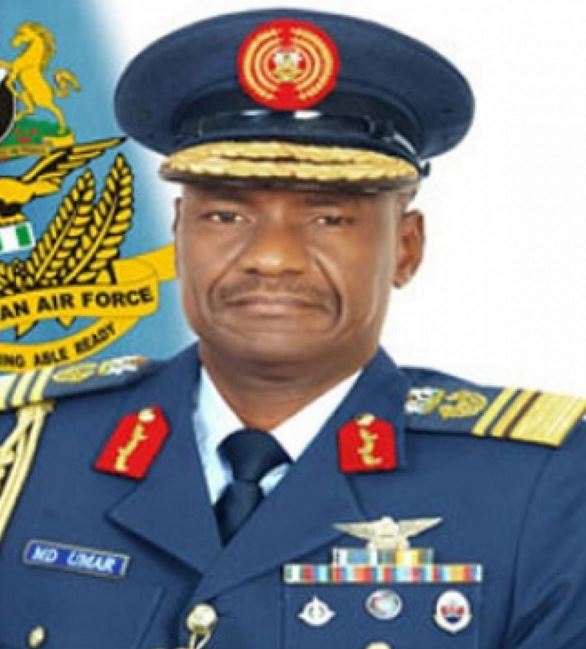 Former Chief of air staff, Mohammed Dikko Umar has been acquitted by a federal high court in Abuja of six out of the seven counts of money fraud allegations levelled against him by the EFCC.

The Economic and Financial Crimes Commission (EFCC) had arraigned Umar in May 2016, alleging that the former air chief was involved in money laundering and procurement fraud, to the tune of about N9.7 billion, while he was in office between 2010 and 2012.

Ruling on a no-case submission on Tuesday, Nnamdi Dimgba, the presiding judge, held that the EFCC failed to establish a prima facie case that would warrant the accused person to open his defence with respect to counts one to six.

The judge added that the counts were based on “speculation, suspicion and assumptions”.

“This would amount again to a judicial displacement of the constitutional presumption of innocence which ensures to his benefit.

“Having reviewed the evidence adduced as relates to this count, I am of the view that there is a ground for proceeding with a defence in relation to it,” the judge said.

“There is evidence led, as shown in Exhibit AMD15, that indeed such a transfer of funds was done. And the transfer was done around March 2012 at a time when the defendant was in charge at the NAF as the chief of air staff.

“Evidence had been led that the property in question at Asokoro had been purchased by the defendant (albeit through the PW1 and by proxy), and for his own personal use.

“There was no evidence or suggestion that the property was an official property or that it belonged to the NAF or was being purchased for the NAF.

“No evidence was also led that the property was being used by the defendant for the discharge of any official business of the NAF.

“The circumstances surrounding this transfer of funds raise questions bordering on breach of trust and abuse of office. An explanation is needed in the context of defence.

“In the light of all the above, I hold that the no-case submission of the defendant succeeds in part and fails also in part.

“I uphold the no-case submission in relation to counts one, two, three, four, five and six. I hereby discharge and acquit the defendant in relation to these counts.

“I refuse and dismiss the no-case submission in relation to count seven. I hereby direct the defendant to open his defence in relation to this count.”

The former Chief of Air Staff is expected to open his defence on April 28 and 29.