An insecticide, popularly called Sniper and a knife were found beside their bodies indicating a suicide pact or murder-suicide. 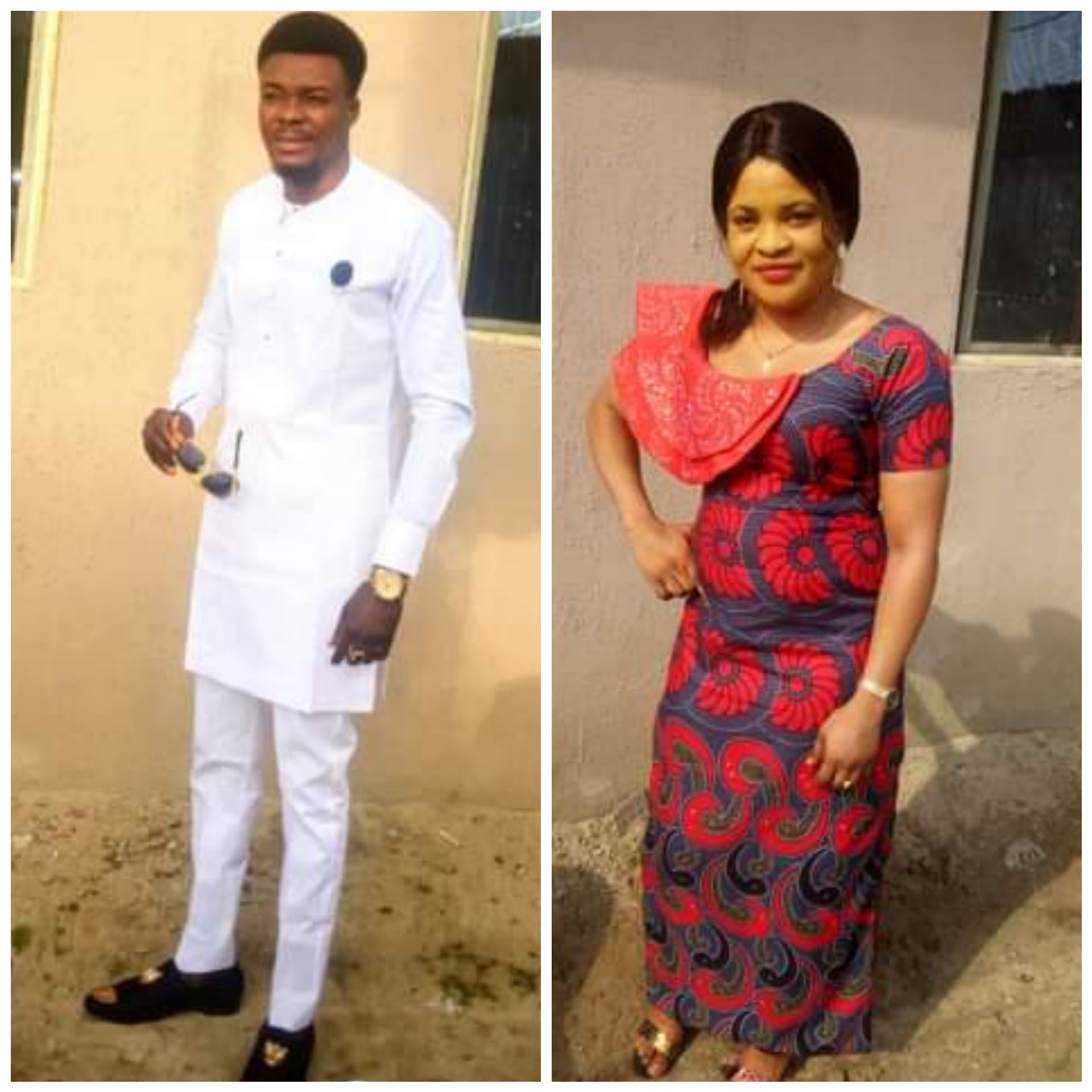 The couple died together

We reported earlier that a young man identiied as Emmanuel Evans Oshiotu and his girlfriend, Amaka Okafor, were found dead in their apartment.

Now, it has been reveaed that they were found dead few hours after the man left a suicide note on Facebook.

The two lovers were found dead in their apartment located at 2, Ojigbo Crescent, Off Sapele-Effurun road, at Uvwie in Uvwie Local Government Area of Delta State, early Thursday morning, February 25.

An insecticide, popularly called Sniper and a knife were found beside their bodies indicating a suicide pact or murder-suicide.

Before his death, precisely at about 1:50am on Thursday, Emmanuel had put up a post on Facebook that suggested that he was planning to commit suicide. Their bodies were found at 5:am.

In the post in which he tagged his girlfriend, the deceased disclosed that he had been battling with depression for a while and apologised to his family, loved ones and well wishers for his 'abominable act'

Read the note below: "I won't believe that I'll one day type a suicide epistle like this. I've been battling with depression for while now. No one knows what I've been going through. Nothing beats peace of mind and that I haven't had in a while.

"I once thought when there is money everything is fine and all problems are solved. Buh have come to understand that money can never buy peace of mind. U sleep and wake up peacefully. It's a privilege that you ought to be grateful to God for, because is not ur right. So be grateful.

"Don't live your life for yourself alone, try to put a smile on someone's face no matter how small. So many people battle depression secretly that nobody cares to know about. Nothing matters so much to humanity than for someone to be happy when he/she hears your name. Be the reason why someone is smiling today.

"It's a pity I've to leave this world this way. To all my family members, friends loved ones and wellwishers that I may have disappointed by this abominable act of mine, I sincerely apologise. It's very easy to say suicide isn't an option. Buh I do not wish my enemy to go through what I'm going through now. We'll all meet to part no more. Rest in peace Emmanuel Okikechukwu Evans Ochiotu "

Meanwhile, Amaka had celebrated Emmanuel on his birthday last December, describing him as her "world best"

"Happy birthday my world best. On this special day of yours may the good Lord cause his face to shine on you on every side. May lines fall for you in pleasant places. I celebrate you my darling. You are the best" she had written." 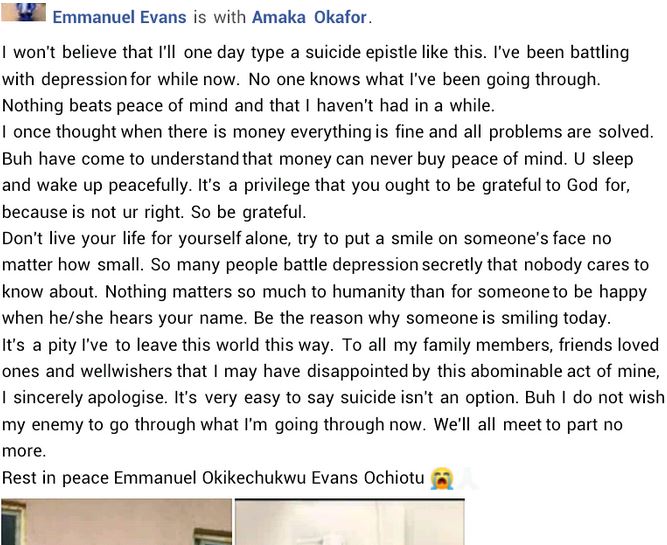