In an interview with Sunday Scoop, the actress stated that her late daughter made her a better person in many ways. 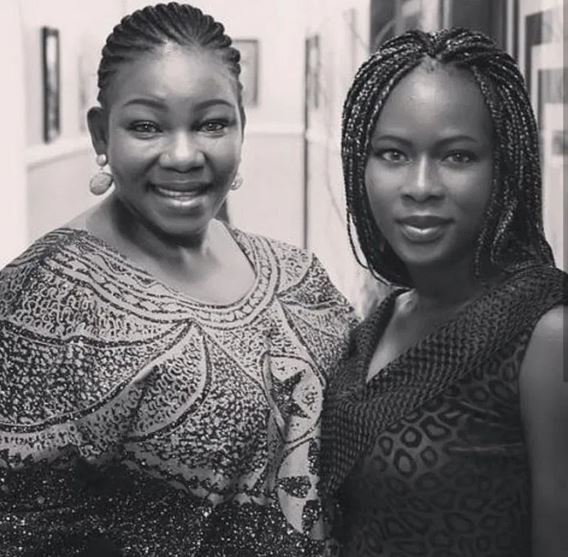 One of the popular Nigerian actress, Ada Ameh was heartbroken in October 2020 when she lost her daughter, Aladi Godgift.

Aladi was was over 30 years old when she died.

Ameh had appeared inconsolable after the sad incident but with the passage of time, she seems to be getting over it and moving on with her life.

In an interview with Sunday Scoop, the actress stated that her late daughter made her a better person in many ways.

She said, “In the space of some years, I lost four members of my family. It was in 2018 after the death of my younger singer, Ajuma, who was a football coach, that I discovered I was suffering from depression. I had not even healed totally, when my daughter passed away. My family members, friends and colleagues stood by me and supported me with prayers. Empress Njamah became like a small mother to me. We have known each other for over 22 years. It has just been by the grace and mercy of God.

“I miss my daughter so much and I still have a large picture of her in my living room. My daughter died as an adult and we practically grew up together. I had her at the age of 14. She was more of a friend to me, than a daughter. It is not something I can ever forget. Even if I give birth again tomorrow, I cannot replace her. She was irreplaceable. She made me a better person. The way I value and appreciate people was because of her. In many ways, she made me who I am today. If I did not have her, perhaps, I would not have been the person I am today. She gave my life a new meaning and she made my journey much easier (cries).”

During the week, Ameh had also lambasted a former Big Brother Naija contestant, Ka3na, for lampooning a fan that tattooed her name on her body.

Reiterating her stance on the issue, she said, “Nigerians like to emulate the western world and there’s nothing bad about it, provided it is a good thing.

“The girl in question, Ka3na, actually wrote on Twitter that she wished a fan would tattoo her name or image on their body. That means she encouraged it. And a young lady, who is a fan of hers, took up the challenge and did it. I don’t even think the fan did it because she wanted anything in return from her.

“(What Ka3na did) is not the best way to treat one’s fan. After she responded that way to the fan, the young girl actually attempted suicide. It is very important to have self love. I put myself first before any other person. I wouldn’t love to carry anybody’s face on my body, not even my daughter that passed on. I have friends who put tattoos on their bodies and now, some say if they had known, they would not have done it.”

Ameh also maintained that she would not encourage any fan to draw a tattoo of her.

“No, I would not do that. I am a Christian and I believe in the word of God,” she said.