According to Aproko Doctor, they deserve to be in prison for deceiving people. 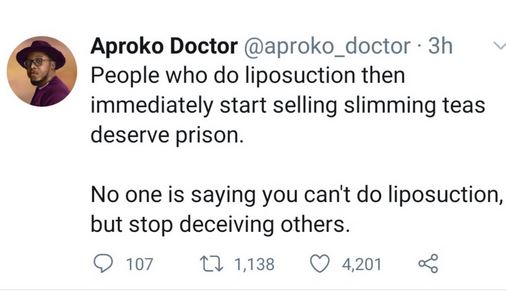 Popular medical doctor and Influencer, Aproko Doctor took to Twitter to bash people who undergo liposuction and then advertise slimming teas to make people believe they lost weight by using the product.

The doctor said they deserve to be in prison and urged them to stop deceiving people.

"No one is saying you can't do liposuction, but stop deceiving others."