The Red Cross said the people relocated to the neighbouring country following attacks by suspected herdsmen. 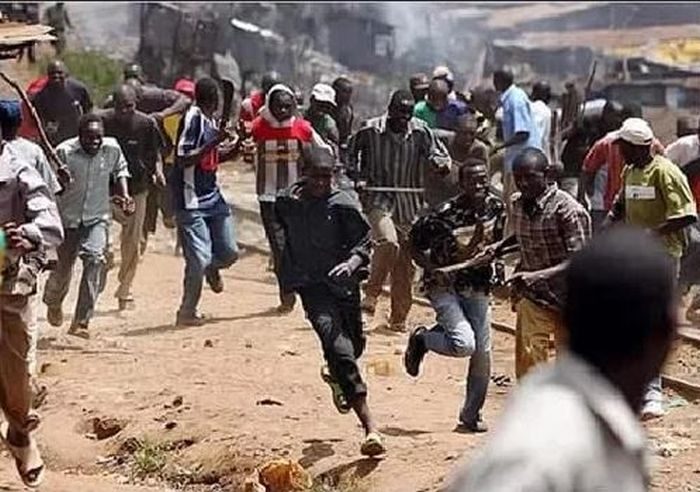 According to the Nigeria Red Cross Society, many residents of Yewa axis of Ogun State now sleep in Benin Republic to avoid being killed by herdsmen terrorising the area.

The Red Cross said the people relocated to the neighbouring country following attacks by suspected herdsmen.

The Ogun State executive branch secretary of the Red Cross, Oluwole Aboyade, said this on Wednesday.

Aboyade said he and his team visited the troubled areas – Igbooro, Asa, Moro, Ibeku and Agbon-Ojodu, lamenting that the people of Yewa were “living in unfavourable condition”.

According to him, many had deserted their homes to seek refuge in Benin.

Aboyade disclosed that some of the people usually came to their communities during the day, but they sleep in Benin Republic.

He said, “What I saw there alongside my team, I will term it a very serious disaster.

“The people have deserted their homes and they now sleep in Benin Republic. You can imagine people leaving Nigeria to seek protection in another country. The situation is more than pathetic.”

Meanwhile, the Red Cross said it would seek assistance from Nigerians to help in bringing succour to the residents of the affected Yewa communities.

In some communities in the three local government areas, it may be difficult to distinguish between the houses in Benin Republic and the ones in Nigeria due to lack of proper boundary demarcation.

Meanwhile, the Ogun State Government has insisted no indigene of Yewa relocated to Benin Republic to seek refuge.

The Chairman of the state peace keeping committee, Kayode Oladele, had said those who returned to Benin Republic were citizens of the nation who were in Nigeria to lease farmlands, saying they are the Eguns and Ohoris.

Also, Governor Dapo Abiodun described as fake news, report that Ogun indigenes have become refugees in Benin Republic, saying it would have attracted diplomatic moves between the two countries if it was true.