A reality star, Ka3na has revealed to her fans that she bought her own house before going for the show. 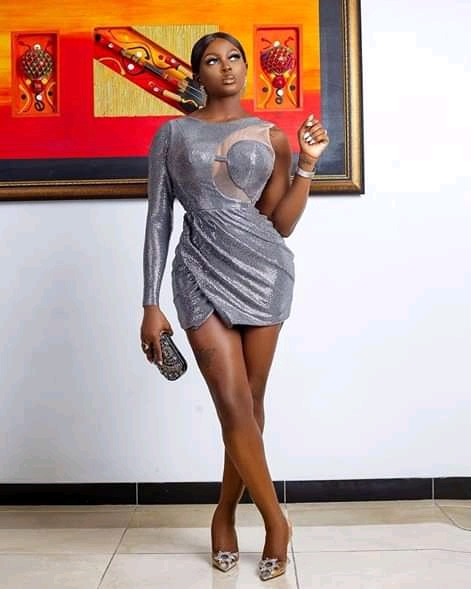 Ka3na
A BBNaija ex-housemate, Ka3na has revealed that she bought her own house before going for the reality show.
She made the disclosure on Twitter just hours after Nengi announced she has bought a house and fans feel she was shading Nengi.
As fans congratulated Nengi on the purchase of her house, they threw shade at other housemates for not achieving as much as Nengi after leaving the house.
She wrote in a now-deleted tweet: “I bought my home with my hard earned money before Bbn. No comparison whatsoever. 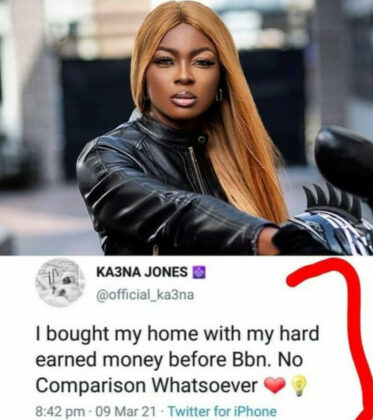