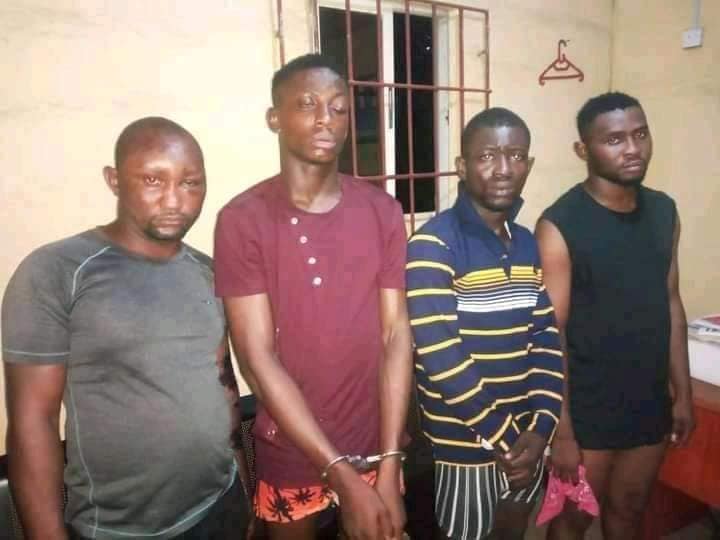 POS robbers arrested in Aba
Four armed robbers who robbed and killed two POS operators in Aba have been apprehended by security operatives in the state.
The robbers have been arrested by security operatives. It was gathered that the robbed and killed, Victor Chimaobi Igbokwe and Ezinne Grace Iroh in Aba, Abia State.
The names of armed robbers are Ralph Godwin(Leader) hail from Kogi state, Chibuike Samuel from Mbaise Imo State. Godwill Kalu from Ohafia and Uzoma Samuel from Obingwa in Abia State.
According to AFnews, they were arrested after slotting one of the victim's sim card in a phone in a bid to run mobile transaction on her bank account.
They were tracked and apprehended respectively.
Top Stories