According to the Economic and Financial Crimes Commission (EFCC), the four men were convicted on separate charges of fraud. 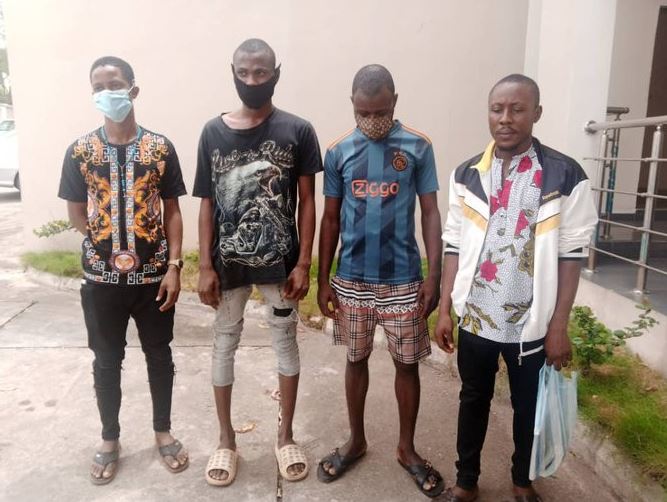 According to the Economic and Financial Crimes Commission (EFCC), the four men were convicted on separate charges of fraud. The defendant allegedly perpetrated various cyber fraud, including hacking into the Facebook account of victims and using Point of Sale terminal to defraud unsuspecting victims.

After entering a plea bargain agreement with the Commission, they pleaded guilty to one count each.

The charge against Adayi reads, "That you Jacob Adikwe Adayi, sometime in February 2021 in Makurdi within the jurisdiction of this Honourable Court with intent to defraud did use ATM Cards belonging to various people and transferred the sum of N1, 200,000.00 (One Million Two Hundred Thousand Naira) at Ceenator Global Concept POS Terminal and thereby committed an offence contrary to Section 30 (1) of the Cyber Crimes (Prohibition Prevention) Act 2015 punishable under the same section".

The charge against Sunday reads, “That you Bayode Sunday, sometime in July , 2019 at Makurdi within the Fifty-Three of this Honourable Court with intent to defraud did hack into the Facebook account of one Ogeh O. Okpet to transfer the sum of N153,000.00 (One Hundred and Fifty Three Thousand Naira) from his UBA Account No. 2053790035 into your First Bank Account No.3119377379 under the pretence that you would invest the money on his behalf for quick returns and thereby committed an offence contrary to Section 28 (1a) of the Cyber Crimes ( Prohibition Prevention) Act, 2015 punishable under Section 28 (2) of the same Act".

In view of their plea, the prosecuting counsel, George Chia-Yakua urged the Court to convict them accordingly.

The judge also ordered them to pay the money they benefited, back to their victims as restitution.