It was observed on Friday that the black marketers, holding kegs of fuel and a short rubber pipe, sell 10 litres of fuel for as high as N4000. 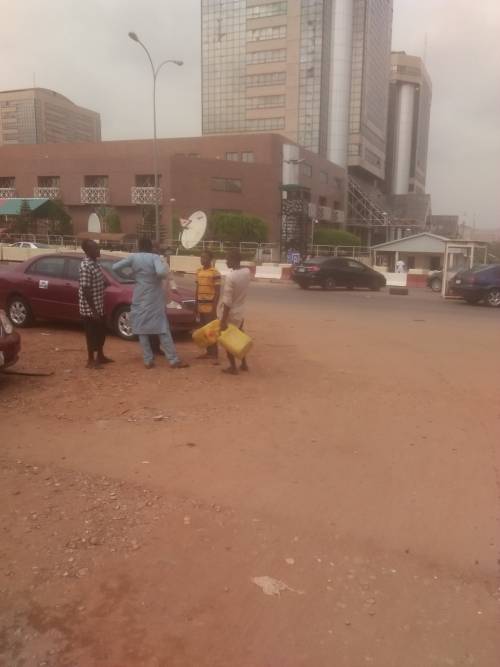 According to a report by SaharaReporters, black marketers have relocated to the Nigerian National Petroleum Corporation Headquarters, Abuja, selling fuel to motorists opposite the towers at exorbitant prices and in brazen fashion.

It was observed on Friday that the black marketers, holding kegs of fuel and a short rubber pipe, sell 10 litres of fuel for as high as N4000.

As the two filling stations opposite the NNPC Towers were locked as of the time of visit, the black marketers are taking advantage of the fuel scarcity in the area and waylay desperate motorists. 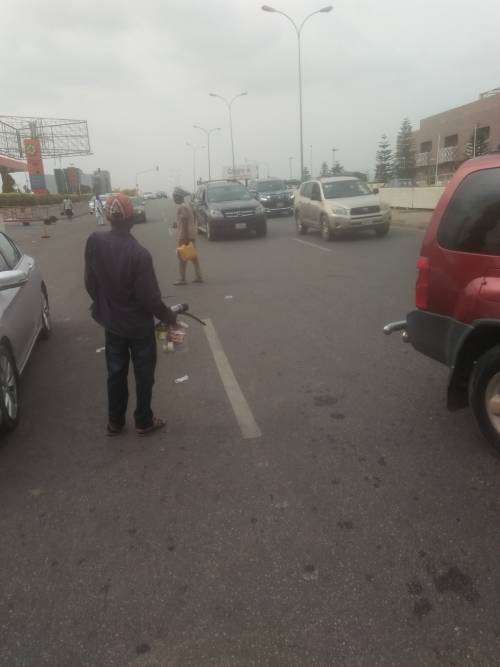 "The fuel scarcity in Abuja has not completely subsided. Some filling stations are still either locked or refusing to sell because of some anticipated price increment. The black marketers are all over on every major road. They sell N200 and N300 per litre. They sell in front of NNPC Towers also. I bought 15 litres for N4000 yesterday," a motorist, Hassan Jameel, said.

SaharaReporters had, on March 3, reported that black marketers hit major roads in the FCT, taking advantage of the biting fuel scarcity to sell fuel at outrageous prices.

The fuel queues had worsened following the shutdown of many filling stations amid heightened expectations of an increase in the product's pump price.

Some motorists had told SaharaReporters that their troubles in getting fuel from the stations forced them to patronise the black marketers. 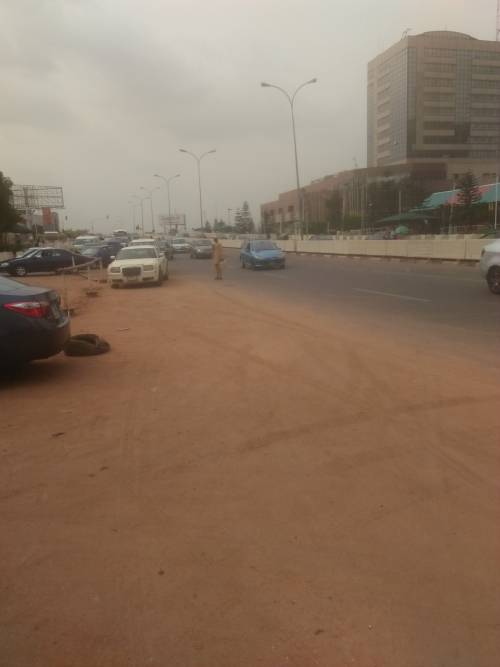 "We have not been advised of any increase in petrol price. Many filling stations are not selling petrol, perhaps because they have run out of stock or they are hoarding the product in anticipation of price increase," the National Operation Controller, Independent Petroleum Marketers Association of Nigeria, Mr Mike Osatuyi, had said.

Later on March 12, the Federal Government said it approved an upward review of petrol price to N212 per litre.

In its template released on March 12, the Petroleum Products Pricing Regulatory Agency revealed that a litre of fuel would now be sold for prices ranging from N209 to N212 per litre.

This was against N186; the crucial commodity retailed for in February.

The PPPRA said the landing cost of petrol in March would be N189.61 per litre as against N163.74 in February.