Youths of a community in Abia state have apprehended a man while he was raping a teenage girl. 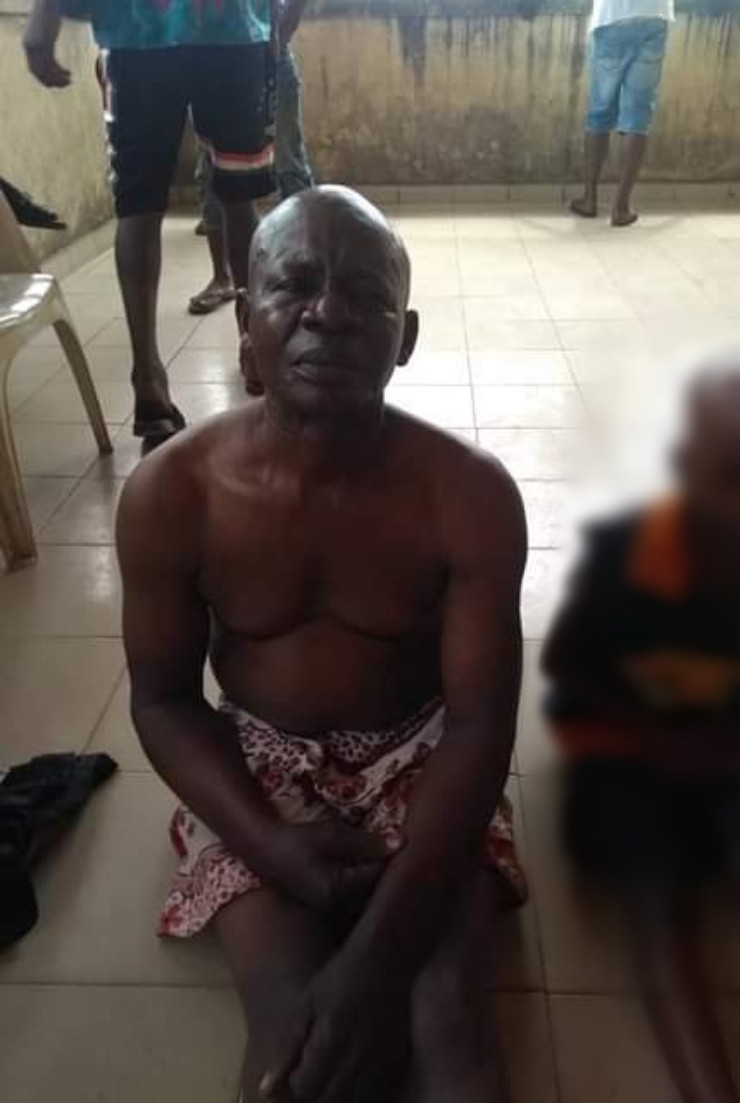 Elderly man caught raping a little girl
A man has been caught redhanded raping a teenage girl in Abia state.
It was gathered that the elderly man was arrested by Youths of Amaekpu in Ohafia Local government area of the state raping an 8-year-old.
According a short statement posted by the organization on Sunday, March 21, the suspect lives opposite a guest house in Ohafia. 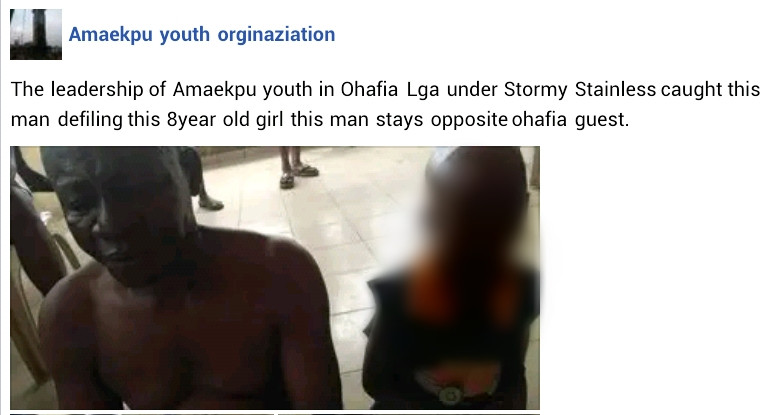