Heartbreaking! Military Officer Killed By Gunmen In Anambra One Week To His Wedding 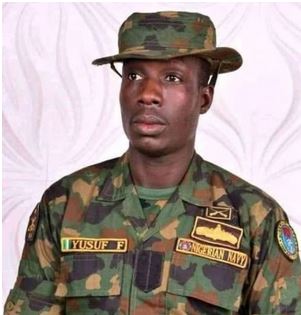 Faruk Yusuf, a Nigerian Navy personnel deployed to serve in Onitsha, Anambra State has been killed by gunmen one week to his wedding.

SaharaReporters learnt that a source who confirmed Yusuf's killing by the gunmen says the police had launched a manhunt for the killers.

“Yusuf was posted to Onitsha in Anambra State amidst all the unrest in that region. He was preparing to tie the knot next week with his betrothed but his life was cut short by gunmen who waylaid him in Onitsha.

The late Yusuf hailed from Unguwan Sarki area of Biu LGA in Borno State. There is tension as the military could embark on raids and reprisal arrests and torture and even killing. The situation in Onitsha is palpable because the military is going to strike back. The activities of the rampaging gunmen need to be curtailed.

Killing someone just a week before his wedding is indeed very agonising and condemnable. This is a moment of great agony for the relatives, friends and family of the deceased. May his soul rest in perfect peace.” he said