"Am I Not A Boy? I No Go Cheat On You Before?" - Cheating Boyfriend Says As He Slaps His Girlfriend For Being Unfaithful (Video)


The lady was caught with another man in a hotel by her boyfriend who slapped her and told her he is the only one allowed to cheat in the relationship. 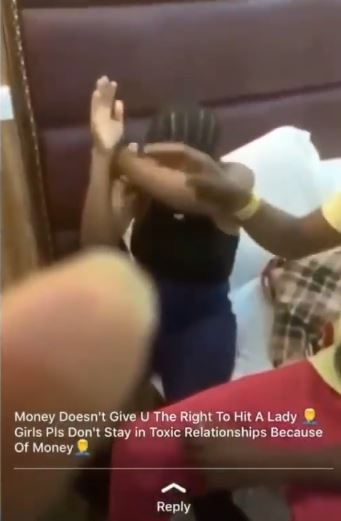 A video has surfaced online showing the moment a cheating boyfriend slapped his girlfriend after he allegedly caught her with another man in a hotel.

When they confronted her, she told her boyfriend that he cheated on her too but she let it slide.

When she uttered those words, her boyfriend got angry, slapped her, and told her that he's a boy and is allowed to cheat.

His friends also joined in calling her out for having the "mind" to say she cheated because he cheated first.

Another one asked her, "doesn't he give you money, why you go cheat"