A groom who died in a car accident just a day after his court wedding has been mourned by friends. 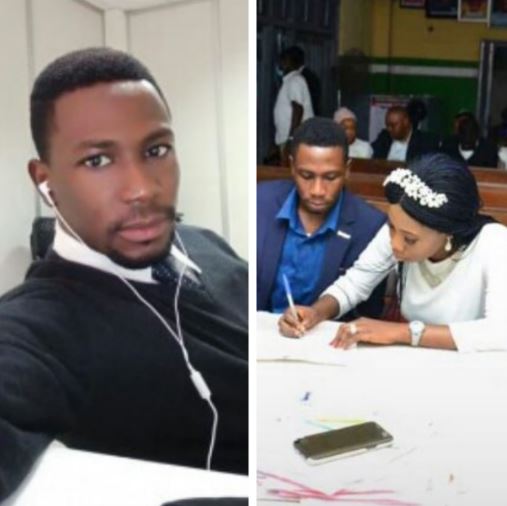 Adekunle died after his court wedding
Friends have taken to social media to mourn a groom who died just a day after his court marriage.
It was gathered that Adewale Adekunle died in a fatal accident a day after his court wedding and one week to the church wedding.
He died alongside four other passengers after an 18-seater bus plunged into Owena river in Aponmu village, Akure South Local Government Area of Ondo state on Sunday, April 18.
Adewale was said to be returning to Akure with his wife after their wedding at the Ikoyi Registry on Saturday April 19. Their church wedding was set to hold on Saturday, April 24. The bride was said to have been seriously injured in the accident.
Great Ogboru, who was supposed to be Adewale's best man at the wedding said he lost a confidant.
"I am supposed to be his best man for the wedding...I lost a confidant and supporter today. This wound is forever. Rest on brother." he wrote.
Ayegbo Oladimeji Adeoye, wrote "Good night my brother,( Supervisor Airline field services, Landover Aviation) I don't know that you are the one shown @7 pm news onTelevision in motor accident in Ondo road (Aponmu) while coming from Lagos.And your wedding is on Saturday in Ile ife. Just discovered my mood changes in church, and I could not wait for 2nd service, not knowing that have dead @ that hour .Good night my brother. Where do I put engagement Rice I bought for you? Good night"
SanVelly said "Jesus! I was at the scene of the accident but I couldn't even see the victims because I could get too emotional. The manager is a good friend at work (Akure Airport). He was coming from Lagos (Ikoyi) where he did his registry! Wedding to be held this weekend.” 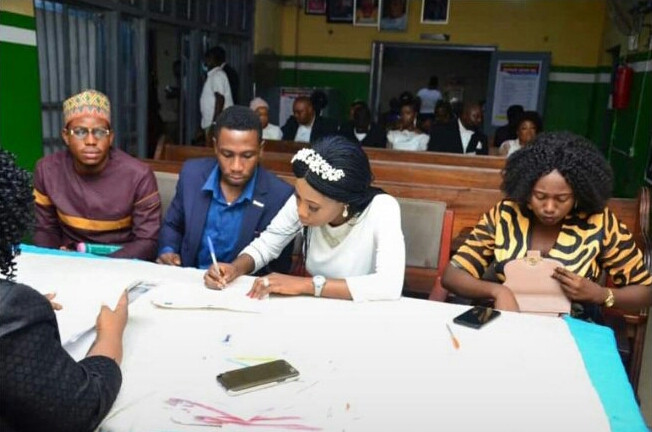 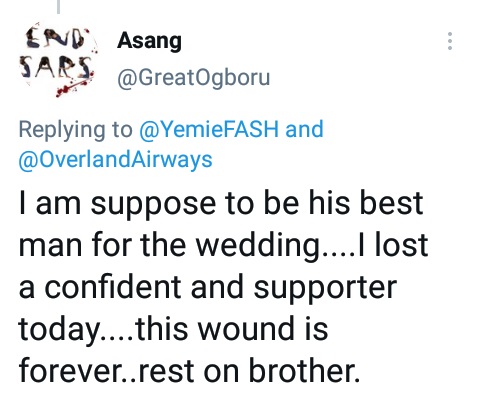 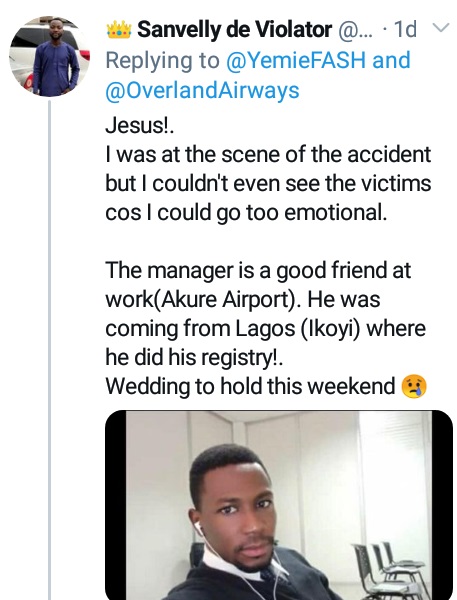