£4.2 Million Ibori loot seized from James Ibori and his associates is still causing problems between FG and Delta state government. 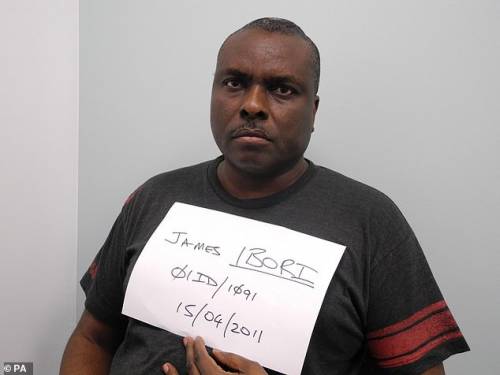 James Ibori
Governor Ifeanyi Okowa of Delta State has made a case for his people insisting that £4.2m seized from Ibori and his associates must be paid to his government.
According to him, the money belongs to the state and returned to the state.
The governor, who spoke through his Chief Press Secretary, Mr Olise Ifeajika, in an interview with The PUNCH on Monday, said, "Governor Okowa had told this country that he has gone into a discussion with Federal Government, letters were written to the federal government to state our position and even send our own Attorney General to Attorney General of the Federation."
This comes as the Attorney-General of the Federation, Abubakar Malami (SAN), on Monday attributed the delay in the return of the £4.2m seized from a former governor of Delta State, James Ibori, and his associates from the United Kingdom to Nigeria to issues around bank documentation.
He said although the Federal Government had anticipated two weeks within which the loot would have been repatriated, it (the government) was not in control of the banks.
The minister's Special Assistant on Media and Public Relations, Dr Umar Gwandu, disclosed this in a statement titled 'Ibori loot expected soon -Malami.'
Recall that the Federal Government, through Malami, had on March 9, 2021, signed a Memorandum of Understanding with the UK on the return of the Ibori loot.
Despite the delay in the return, the minister assured Nigerians that the government is working tirelessly to ensure the return of the Ibori loot and other looted Nigerian assets kept outside the country's territorial boundaries.
"Documentation with the banks in different countries often takes longer than anticipated. We anticipated two weeks but we are not in control of the banks.
"There is neither complacency nor any delay as efforts are being made to ensure successful transfer of the looted funds," Malami was quoted as saying.
He said the loot is being expected "any moment from now."
In a related development, the Pan Niger Delta Forum again took a swipe and said the Federal Government's insistence on taking possession of the £4.2m said to have been looted by Ibori was unacceptable.
National Publicity Secretary of PANDEF, Mr. Ken Robinson, who stated this while speaking with The PUNCH on Monday, said the money should be handed over to Delta State where it belonged.
Also, a Niger Delta socio-political group, the Ijaw Peoples Development Initiative, kicked against the Federal Government's resolve to take possession of the £4.2m seized from a former governor of the state and his associates.
In a statement signed by its President, Austin Ozobo, IPDI said, "the money was stolen from Delta State treasury and not from the Federal Government".
Top Stories