Nigerian rapper, Eedris Abdulkareem has fired back at the musician, Timaya as the two continue online battle. 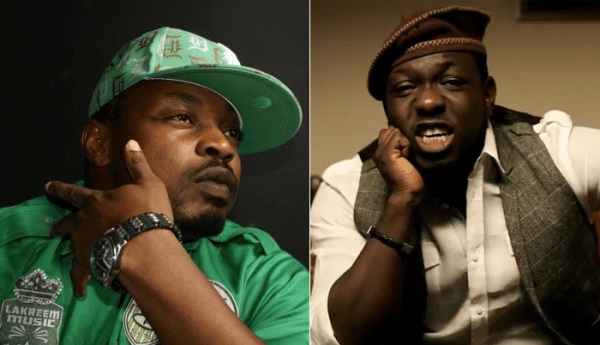 Eedris Abdulkareem and Timaya
Eedris Abdulkareem has replied Timaya after the latter called him a dirty igbo smoker.
This means that the long-running feud between the two has been reignited.
Recall in 2017, the Legendary Nigerian singer said Timaya wouldn't have been successful if not for the confidence he gave him which helped shaped up his career.
Timaya later responded to Eedris in a video, where he called him an idiot and a dirty Igbo smoker.
Reacting to comments made by fans, who called out Timaya for disrespecting Eedris amid claims the latter accommodated him before he found fame, Eedris simply wrote that: "An ingrate is an ingrate." 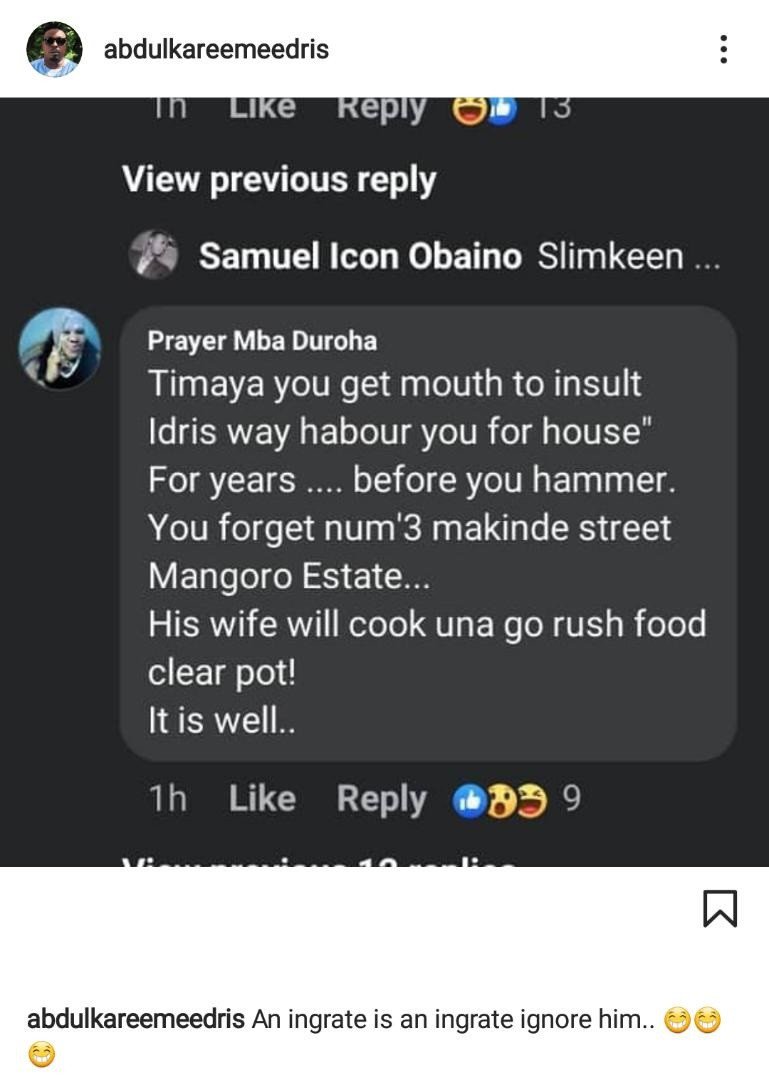 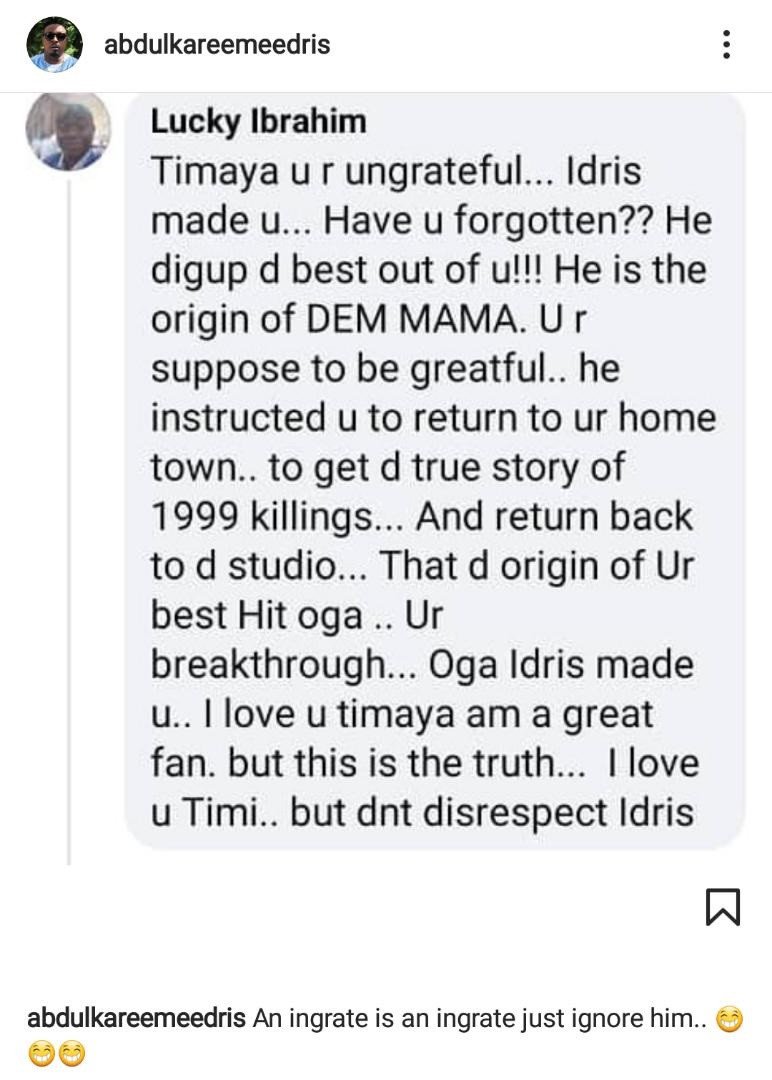