Ex-Niger Governor Is A Liability To PDP – Gov Wike


Governor Wike fired back at Aliyu after he referred to him as a dictator during an interview. 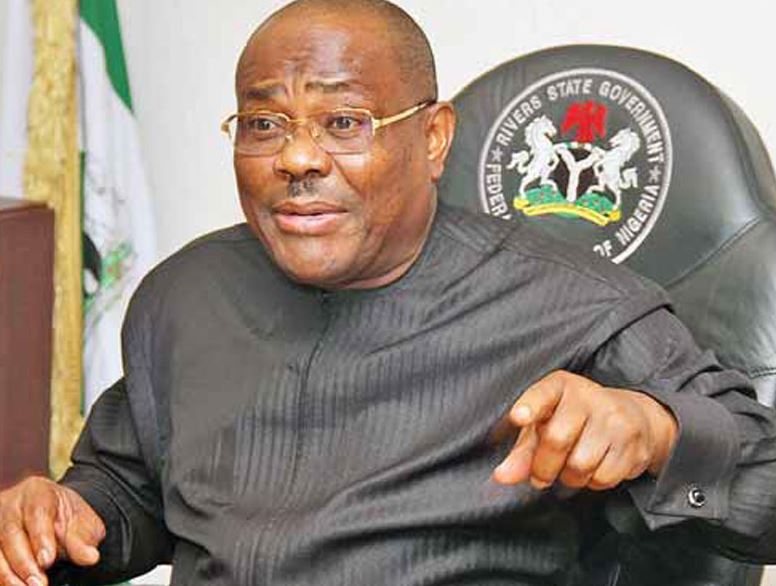 Governor Nyesom Wike of Rivers state has lambasted Babangida Aliyu, the Chairman of the Peoples Democratic Party Ex-Governors Forum, calling him a sabotage and a liability to the party.

Wike said this during an interactive session with journalists, in Port Harcourt, on Monday.

He was responding to a veiled reference made to his person by the former Niger State Governor, in an interview, published on Sunday.

Aliyu had alleged that a certain “dictator in Rivers State” was behind the travails of the PDP National Chairman, Uche Secondus, because of a personal ambition to either become Vice President or a political godfather.

Wike said, “Yes, I read it in various newspapers but what makes a man is when he is bold to say ‘I am referring to Mr A; not to hide in the background that you cannot say it is you I was talking about. So, that shows you the character that Aliyu Babangida is.

“With utmost respect, I believe that this period is very tight for us. Problems of insecurity, how we are going to make sure Nigeria moves forward. But one has to react based on the kind of insinuations he (Aliyu) may have made.

“One, there is no political dictator in Rivers State as far as PDP is concerned. That is why today, if there is one state that PDP is sure of winning any day any time in this country if the election is called tomorrow, I am sure that it is Rivers State.

“That is not the case with Niger State. Babangida Aliyu is a political liability in PDP. He is not an asset to PDP. Now, this is a man who came out to the public to say that he sabotaged, he worked against the PDP in winning the Presidential election in 2015. I can quote him well, he said we, Northern Governors, worked against President Goodluck Jonathan.”

Wike, however, said people like former Plateau State, Jonah Jang and former Jigawa State Governor, Sule Lamido, had come to say it was a lie, that they never worked with him (Aliyu) against the party.

“Of course, you saw the reply of the former President to him. He (Aliyu) is a rabble rouser and perpetual blackmailer.

“He is what you call a chronic liar, a serial betrayer. The funny part of life is that the same Babangida Aliyu in 2017 was one of those who opposed Secondus to be chairman of the party,” saying the latter only came at the last minute when he saw that Secondus was coasting to victory.

On his alleged ambition to contest for President in the 2023 Presidency, Wike denied such ambition, but said, “If I have the interest to run for presidency, nobody can stop me. They are intimidated by my political credentials.”