"Waking Up At Our Penthouse In Monaco, I Am honoured To Have A Hardworking Father"- DJ Cuppy


The disc jockey credited her father for being a hardworking man while stating that she hopes to give her kids half of the generosity she has received. 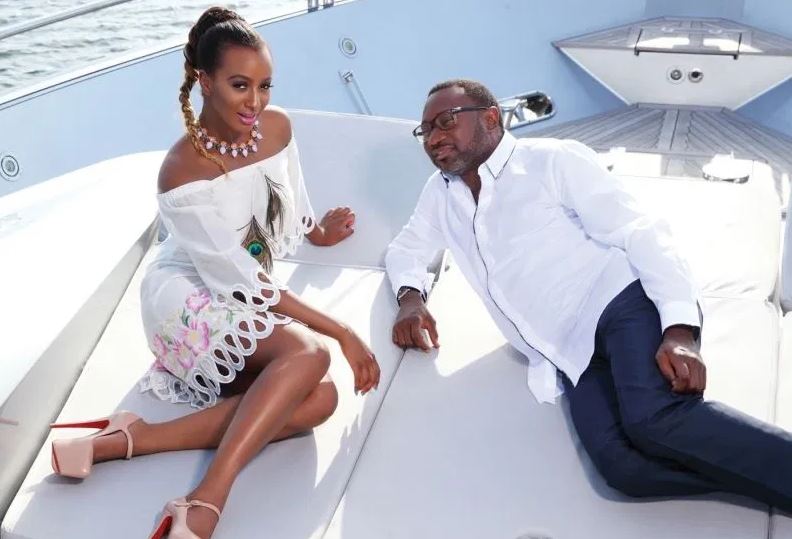 Billionaire heiress, DJ Cuppy took to Twitter to appreciate her father, Femi Otedola for the luxury life she enjoys.

The singer, who is currently in the Otedola family home in Monte Carlo, that overlooks the Circuit de Monaco, said waking up in the Monaco penthouse fills her with gratitude.

She also credited her father, Femi Otedola, for making such a lifestyle possible.

She tweeted: "I don’t talk about this much, but mornings like this; waking up at our penthouse in Monaco, my heart is filled with so much GRATITUDE. I am honoured and blessed to have a father as hardworking as mine...

"Despite building my own “Cuppy” empire, the TRUTH is that many of the privileges I enjoy are purely due to @realFemiOtedola’s blood, sweat, and tears over the years...

"My only prayer is to one day be able to give my own children at least half the love and generosity I’ve received." 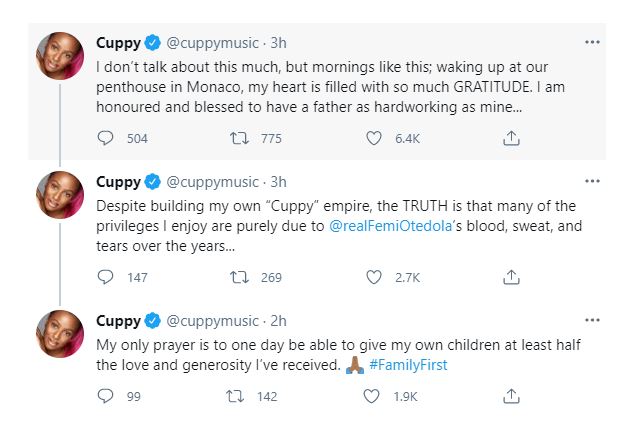