Rita Daniels was in no mood for trolling as she hurled curses at a fan who labelled her as an ‘ashawo mama’ on her official Instagram account. 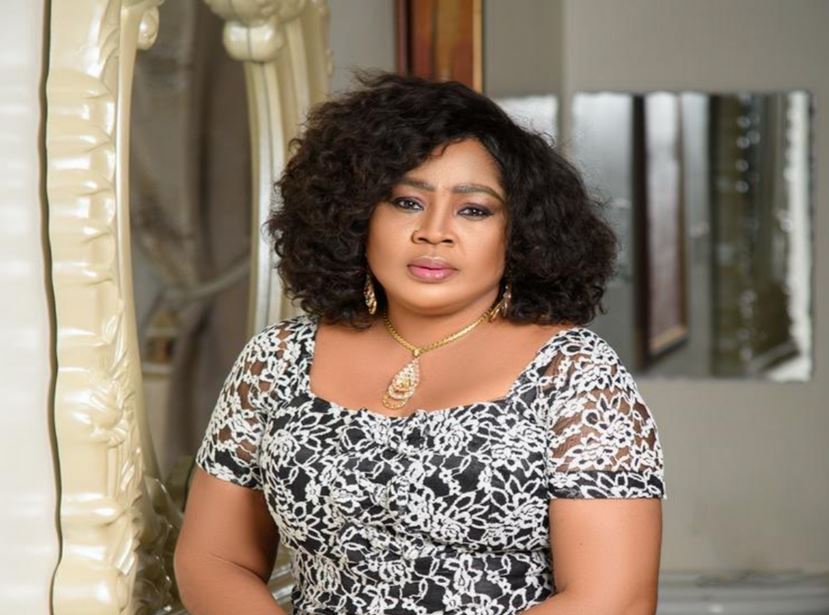 Nollywood actress and producer, Rita Daniels who is also the mother of Regina Daniels, took to Instagram to lambast a man who called her a prostitute.

Many celebrities have to face online abuses from trolls on social media, while some ignore the users, some celebs are known to respond in a more brutal manner.

That was the case with Rita Daniels who was in no mood for trolling as she hurled curses at a fan who labelled her as an ‘ashawo mama’ on her official Instagram account.

She has been in the news for the past few days ever since pictures from an alleged secret wedding surfaced on social media.

Photos from the private traditional wedding which is said to have held in a village in Delta state over the weekend surfaced online.

In another photo shared, Rita Daniels was pictured being given an engagement ring in the presence of friend and well wishers.

Social media users reacted to the photos, accusing the mom of giving out her young daughter to a much older man in marriage only for her to end up marrying a man who is younger than her son-in-law, Ned Nwoko.

But, in an interview with The Nation, Rita Daniels’ son, Lawrence, said the photos are from a movie scene.

The topic has polarized many fans, and one got more than he bargained for as Rita Daniels slammed him and noted that he’s not worthy to have a mother.

Rita Daniels also insisted that the fan mother does not have the right to rest in peace due to the behaviour exhibited by him. 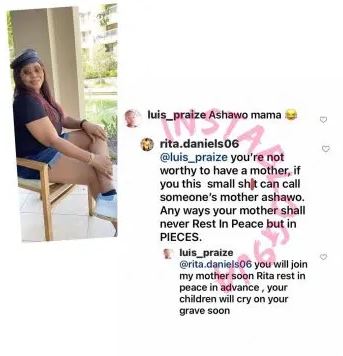