The celebrities dragged each other online after Etinosa commented on a site, which got Joro furious and lashed out at her. 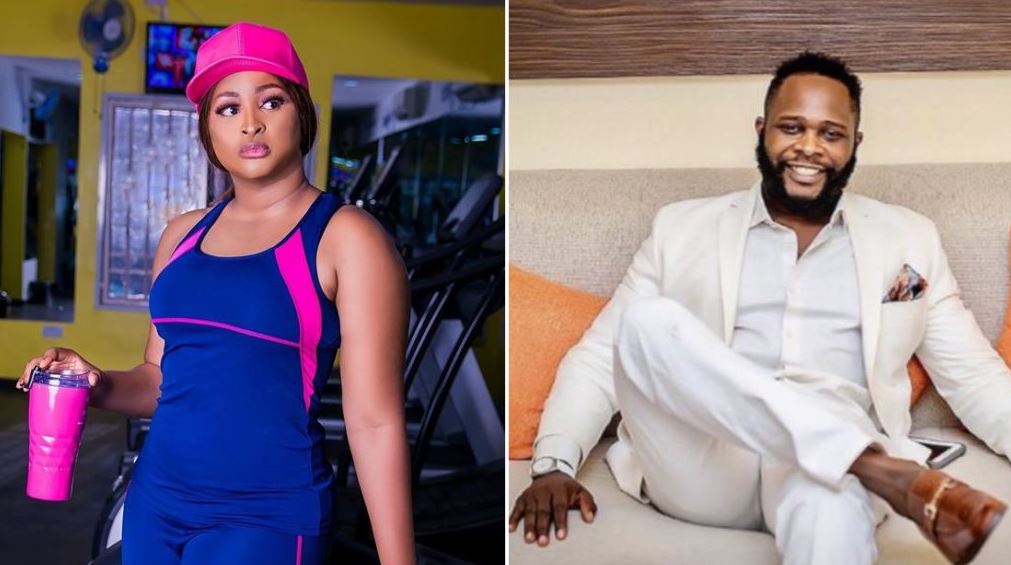 The faceoff was incited by Etinosa's comment on Actress Toni Tones post  of a lady narrating how her husband sleeps with their male and female househelps. Etinosa who was in the comment section of the post had written "From Joro to Joro"

Reacting to this, Joro shared a screenshot of a message Etinosa sent to him while he was in Las Vegas in 2019, expressing love for him. Wondering if the actress thought he will marry her. 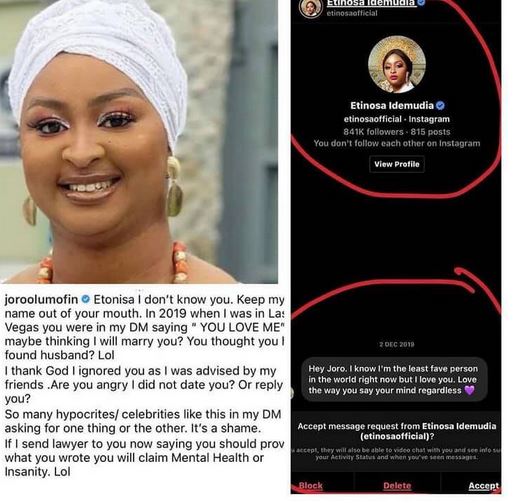 He also mocked her by saying that if he brings in a lawyer she will "claim mental health or insanity".

Reacting to this, Etinosa accused Joro of making up stories and further claimed that "from Joro to Joro" is a known used slang in the Nigerian lexicon.

Insisting that the relationship expert has no right to rant over it since he hasn't trademarked the slang, the actress added that he makes up stories of hot girls he can never get hitting on him. 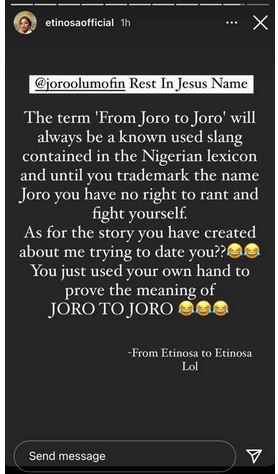 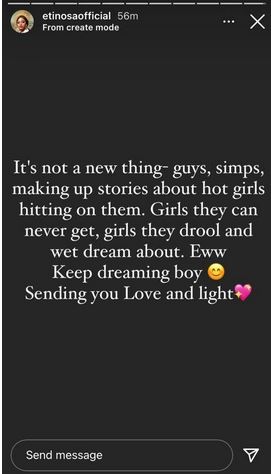