Both actresses have settled their beef with Iyabo admitting to blocking Mercy on Instagram. 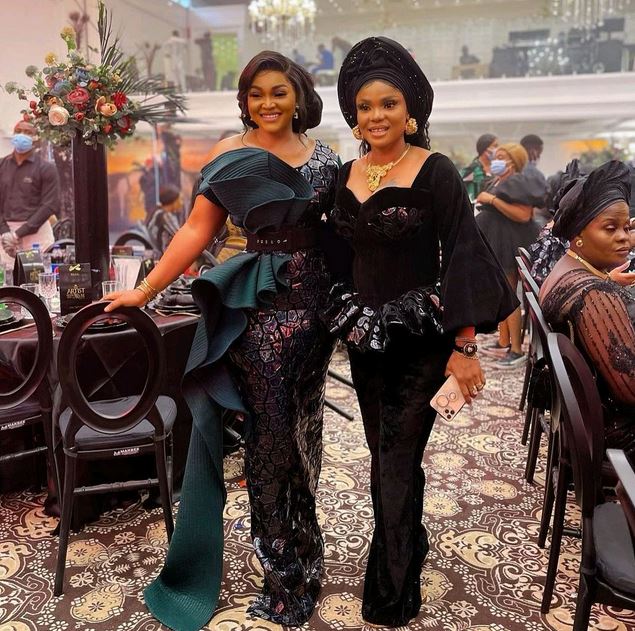 Nigerian actress, Iyabo Ojo has opened up about blocking her colleague, Mercy Aigbe on Instagram.

It would be recalled some days ago that the duo put a smile on the faces of their fans after sharing photos taken together at the wedding party of the fashionista, Toyin Lawani, which signified the end of their brawl.

However, fans have begged to differ that the two actors were forced to take and share those photographs after a recent post of Iyabo Ojo indicated that she was unable to tag Mercy Aigbe while sharing more photos of them together at the party.

While many people claimed Mercy Aigbe and Iyabo Ojo were compelled to settle their beef by their colleague Toyin Abraham, others claimed they are still at war.

Iyabo Ojo has now revealed their beef has finally been resolved as she took to her Instagram page to celebrate Mercy Aigbe’s son on his birthday.