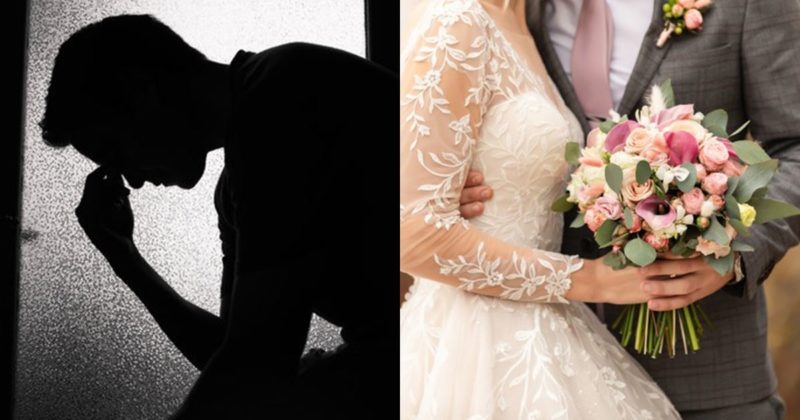 File photo
A man has taken to social media to boast while revealing how he ended a supposed relationship heading for marriage between his friend and a slay queen.
Twitter user @OkoyeCardinal said that a friend of his who resides in the United Kingdom (UK) sent him some photos of the girl he wanted to marry and coincidently, he knew the lady already.
The man who didn’t support such a union revealed that he immediately sent two videos of the girl twerking in a club, which brought an end to further marriage preparations.
He wrote:
“My guy who resides in the UK sent me a pic of our town gal he wants to marry, he praises the girl as God fearing, coincidentally the girl is on my contact list & I view her statues… I just sent d guy only 2 videos of the girl twerking etc in clubs.. d marriage is cancelled shaa”
See the tweet below: 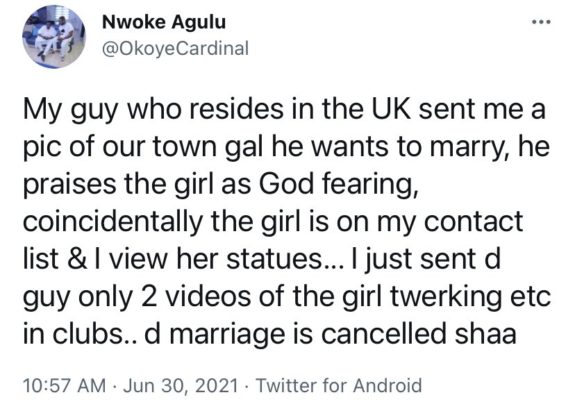