The popular writer said when truth about how the FG arrested, Kanu comes out, there will be uproar. 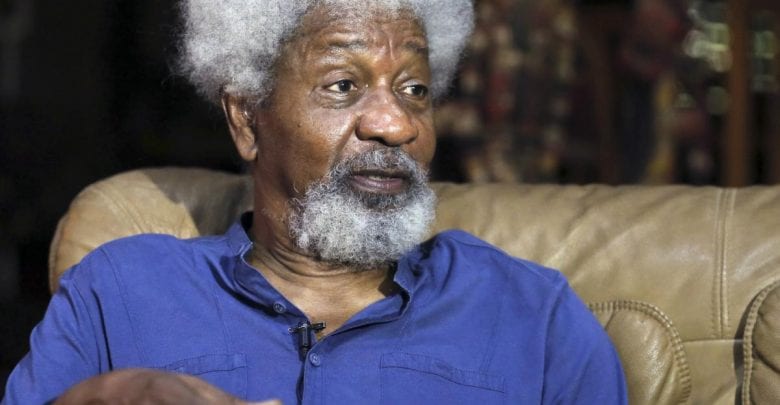 Wole Soyinka
Nobel laureate, Wole Soyinka has sent a warning to President Muhammadu Buhari.
The popular writer said when truth about how the federal government arrested and extradited leader of the Indigenous People of Biafra, IPOB, Nnamdi Kanu comes out, there will be serious uproar.
He said this during a recent interview with BBC Pidgin.
The eminent professor asked the federal government to show eagerness in arresting bandits and terrorists.
He said, “It’s not for me to tell the president to prepare itself because it’s going to be a huge squawk when the truth about how Kanu was arrested comes out. People are alleging this or that. That is one phase whether Nigeria has acted outside international law.
“The second issue, however, has to do with Kanu’s conduct outside the nation. There’s been a level of hate rhetoric which has been unfortunate, from Kanu. Hate rhetoric is an issue that can only be judged by the laws of any nation.
“Was it right ‘to have been kidnapped?’ You can say intercepted as much as you want but I think Kanu was kidnapped. That is wrong internationally and morally.
“The government can not wash itself clean on what seems to be a kind of comparative energy in pursuing the destabilised forces in the nation,” he said.
“If we take ourselves back, once when I threw a challenge to Buhari, what I expect from a true leader is to issue an order, give a deadline that any illegal occupant of any villages, farms is given 48hours to quit after which the mighty forces of the nation will be unleashed on them. It was ignored.
“Years later, he came to say ‘we will respond to these people in the language they understand’. This is what I expected him to have said years ago, at the beginning of the insurgency.
“Their leadership–the Miyetti Allah — should have been arrested years ago, long before IPOB was declared a terrorist organisation.”
Kanu, who is facing an 11-count charge of treason, treasonable felony, terrorism and illegal possession of firearms, among others, jumped bail in 2017 and left the country.
The former London estate agent disappeared in 2017 after being released on bail, only to re-emerge in Israel and then in the United Kingdom.
He was re-arraigned before a Federal High Court in Abuja on Tuesday and ordered to be remanded in the custody of the DSS, while the case was adjourned till July 26 and July 27.
The Federal Government said security and intelligence agencies were on the trail of Kanu for over two years before he was re-arrested, adding that the head of the outlawed IPOB movement was detained again on Sunday – without giving details on the location of his arrest.
Kanu was initially arrested in late 2015 after calling for a separate state for Biafra, in South-East Nigeria.
His detention sparked mass protests and clashes with security services.
Top Stories