Hushpuppi: Nigerian Police Must Save Its Reputation - Deji Adeyanju


DCP Kyari is being wanted by the United States for his alleged role in a $1m scam, involving alleged fraudster Ramon Abbas, aka Hushpuppi. 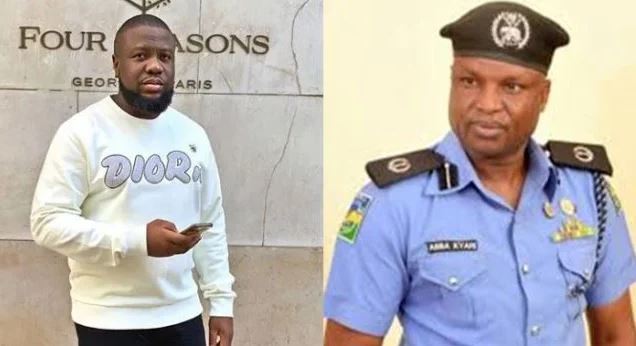 Deji Adeyanju, a Nigerian activist has called on the Inspector-General of Police, Usman Baba, to save the Force’s reputation by dealing decisively with the allegations preferred against a Deputy Commissioner of Police, Abba Kyari.

DCP Kyari is being wanted by the United States for his alleged role in a $1m scam, involving alleged fraudster Ramon Abbas, aka Hushpuppi.

The PUNCH had earlier reported that the United States District Court for the Central District of California alleged that Hushpuppi used Kyari to arrest and jail a “co-conspirator,” Chibuzo Vincent, after the latter threatened to expose an alleged $1m fraud committed against a Qatari businessman.

The IGP on Thursday subsequently ordered a probe of Kyari, who is Commander, IGP Intelligence Response Monitoring Team, after a United States Court issued an arrest warrant for his alleged links to Hushpuppi.

Kyari, who is popularly known as ‘super cop,’ had received rapid promotions and a commendation from the National Assembly for his exploits in crime-fighting.

His arrest of several notorious criminals, including alleged kidnap kingpin, Chukwudi Onuamadike, commonly known as Evans, among other notable arrests, shot him to the limelight.

In a chat with The PUNCH, Adeyanju, who is the leader of advocacy group, Concerned Nigerians, said the Nigeria Police Force must act immediately and save its reputation.

“The Inspector-General of Police must quickly rise to the occasion by sacking Abba Kyari immediately and handing him over to Interpol so that he can go and face trial in the United States of America.

“Actions like this have consequences and we must not support bad behaviour. This is why the Inspector General of Police and the entire Nigeria Police Force must wash their hands clean of the Abba Kyari issue so as to save the image and reputation of the Nigeria Police Force.”

Kyari had, however maintained his innocence via a Face post on Thursday, stating that Hushpuppi called his office and reported a death threat from someone about two years ago.

The cop said that the suspect, Vincent, was arrested but later released after investigations revealed that “they are long time friends who have money issues between them.”

Kyari also said that he did not receive any money from Hushpuppi.

In a plea agreement document sighted by The PUNCH, Hushpuppi has since pleaded guilty as charged.

The document was signed by Hushpuppi; his lawyer, Loius Shapiro; and Acting United States Attorney, Tracy Wilkison, among others.

It stated that Hushpuppi risks “20 years’ imprisonment; a three-year period of supervised release; a fine of $500,000 or twice the gross gain or gross loss resulting from the offence.”

The document, however, did not mention the date of the plea hearing.