Burna Boy Called Out Over Alleged Debt of N1.2M Since April


The musician was accused of owing an alleged debt of N1.2M since April of 2021. 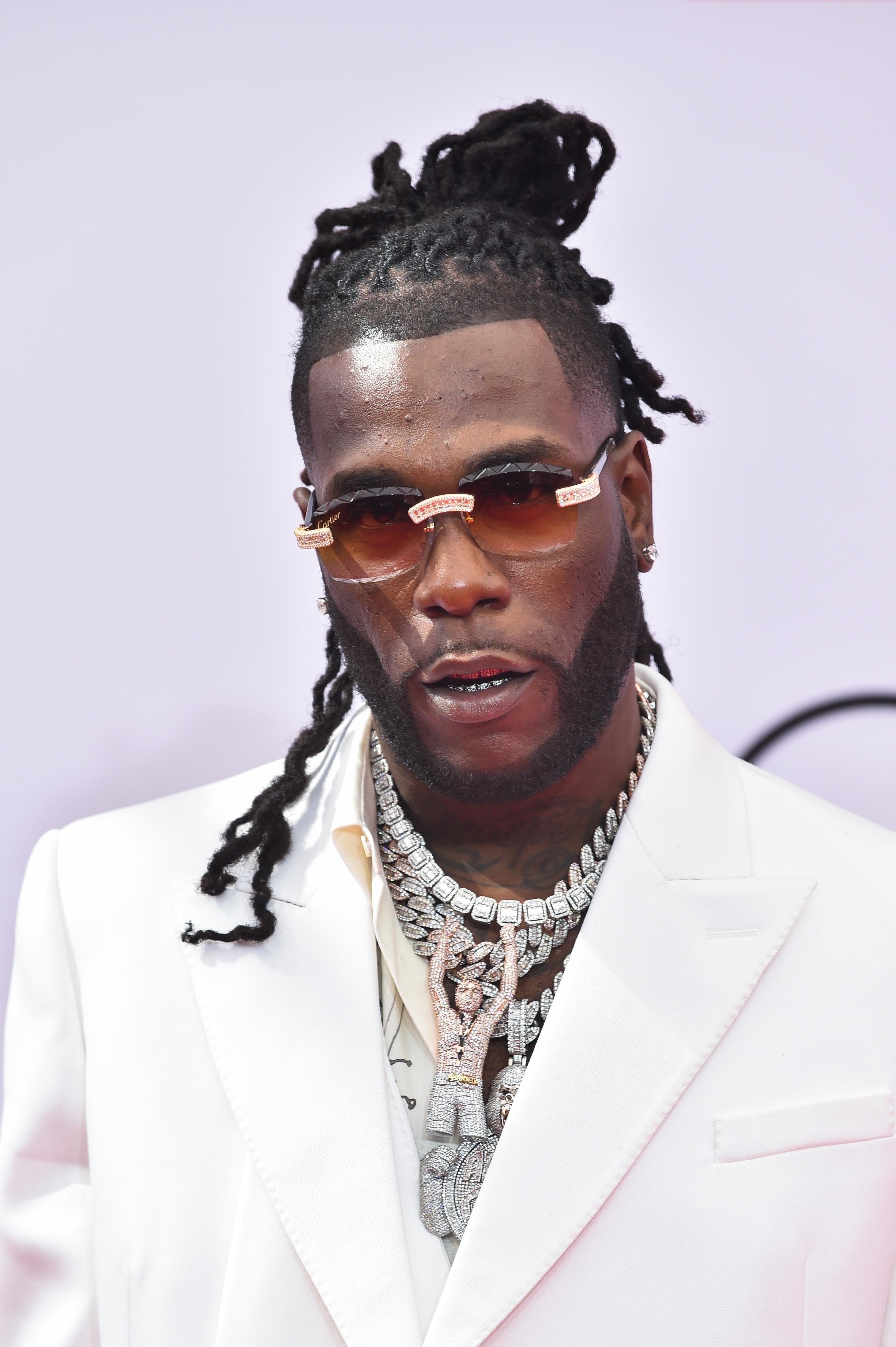 Burna Boy
Grammy award winner, Burna Boy has been called out by a Twitter user.
The musician has been accused of owing an alleged debt of N1.2M since April of 2021.
A Twitter user identified as @KacksMastermind who accused the singer, said after series of efforts to reach him to make payments for mint notes he acquired at a friend’s birthday party proved abortive, he decided to go on social media.
According to the @KacksMastermind Burna Boy got 500 naira mints from him to the tune of N1M which he sprayed at a popular lounge.
The agreement was that Burna's P.A would make the payment transfer to the young man but the money exchanger did not receive the payment to date.
From snapshots shared on Twitter, he reached out to Burna Boy’s mother through text but did not get a response.
See Snapshots below: 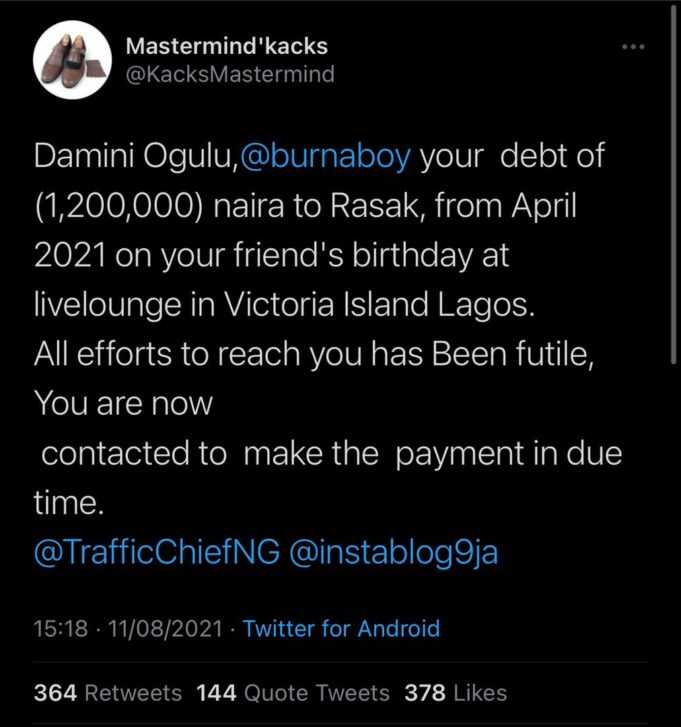 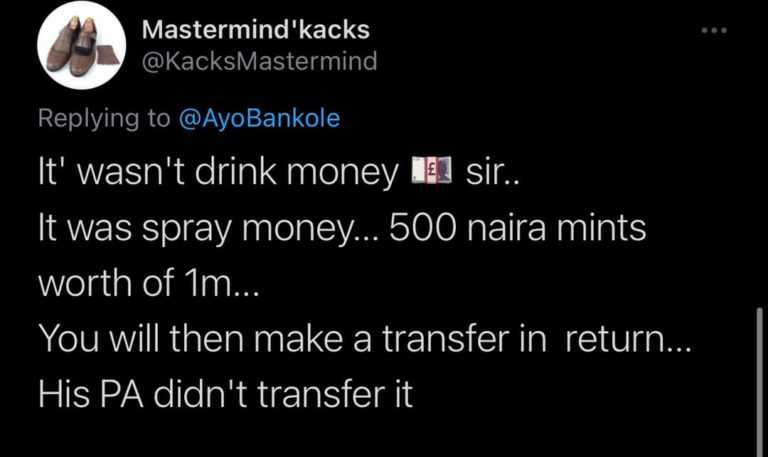 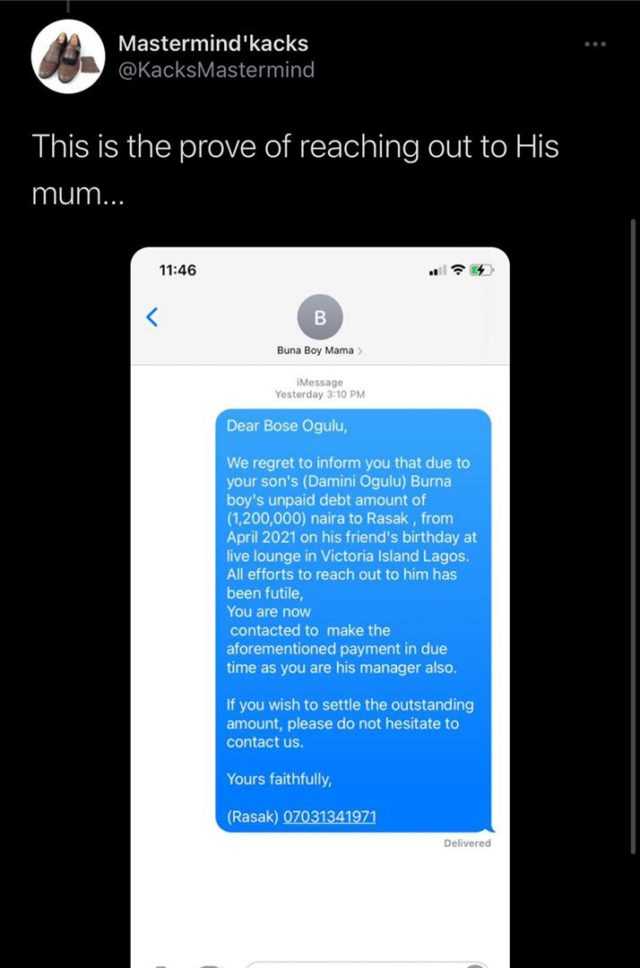