The video was shared by Human right activist, Israel Joe, who shared the video on Tuesday. 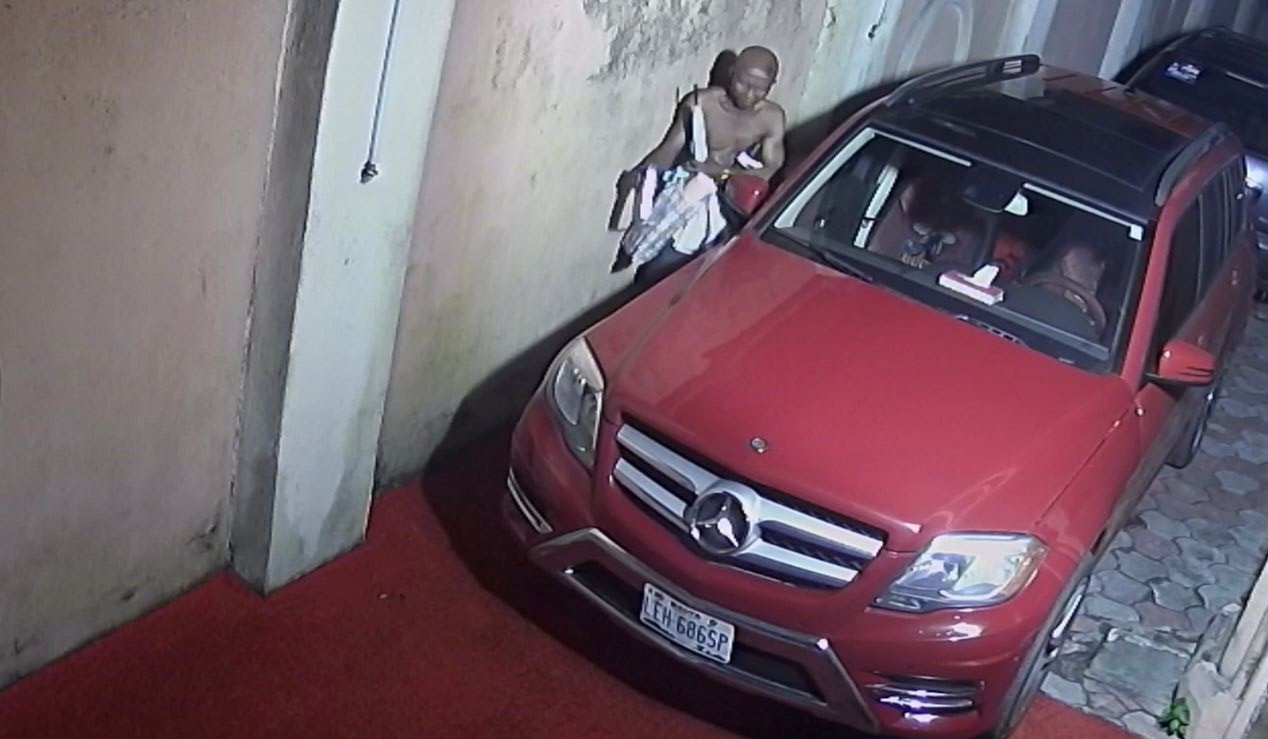 The thief caught on CCTV
A notorious criminal who allegedly uses charm to rob victims has finally been caught on CCTV camera breaking into a car.
The incident happened in Warri, Delta State.
Human right activist, Israel Joe, who shared the video on Tuesday, said the suspect is allegedly responsible for a string of car burglaries in Warri, Udu, Uvwie and other communities in the state.
According to him, the suspect uses charms to make people fall asleep before breaking into their compounds to steal brain box, sound and air conditioner compactments from cars.
Israel Joe wrote;
"Good news for Warri, Osubi, Udu, Uvwie and environs. The criminal in this video is responsible for breaking and using master keys into people's cars to steal brain box, sound and Air condition compactment especially in Airport road area.
"He never knew CCTV has been installed in a compound where he previously carried out the act and he came again last week first into the Venza and then he entered the GLK Benz and stole again with the CCTV capturing him,"
"He also used fetish method in entering people's house, cause them to sleep and steal their properties. The case has been reported to B Division Police station, Warri. 50,000 naira awaits anyone who can lead to the arrest of the serial criminal... Pls contact the 0703 764 8392 with any further information. Thank you."
Watch video below:
Top Stories