A member of the vigilante, who was part of the operation said the incident happened around 11:23 am on Tuesday, September 14. 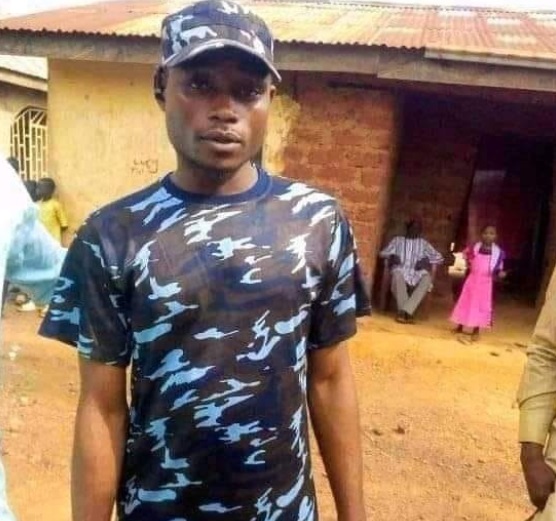 Alhassan
Notorious kidnappers have gunned down a popular vigilante commander, Alhassan Alhassan.
He was killed in a gun battle with kidnappers inside a forest in Tanahu community, Gegu-Beki chiefdom in Kogi Local Government Area of Kogi State.
A member of the vigilante, who was part of the operation said the incident happened around 11:23 am on Tuesday, September 14.
According to him, the late vigilante commander led his boys into a forest to face the kidnappers who have been terrorising villagers at neighbouring Aduho and Tanahu communities in the area.
The kidnappers laid an ambush immediately they sighted the vigilante coming into the forest and started shooting sporadically.
"Even while they were shooting, he and his boys were still exchanging bullets with them until one of the kidnappers’ bullets later got him at abdomen,” he told Daily Trust.
The commander immediately fell to the ground when a bullet hit him, and some of the kidnappers escaped with bullets.
The remains of the deceased had been conveyed to his Toto home in Nasarawa State and buried according to Islamic rites.
It was gathered that the renowned late vigilante commander sometimes led operations between Toto-Umaisha road in Nasarawa State to engage kidnappers terrorising travellers along the axis.
The Onyiwo of Gegu-Beki Chiefdom, Alhaji Mohmmed Abba Suleiman, confirmed the incident, saying he was bereaved over the vigilante commander’s death.
Meanwhile, one Abubakar Bashir Gegu has paid glowing tribute to the late vigilanter leader, describing him as a gallant hero who fought like a lion.
See his post below: 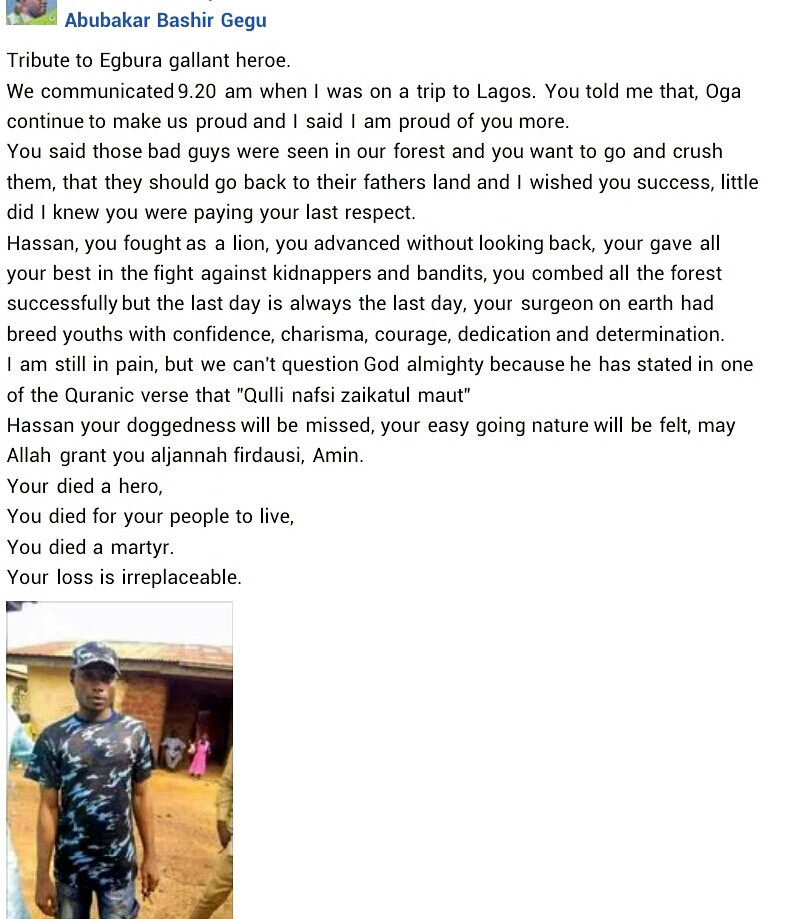