Their bodies were found lying next to one another in bushes and were in a state of decomposition. 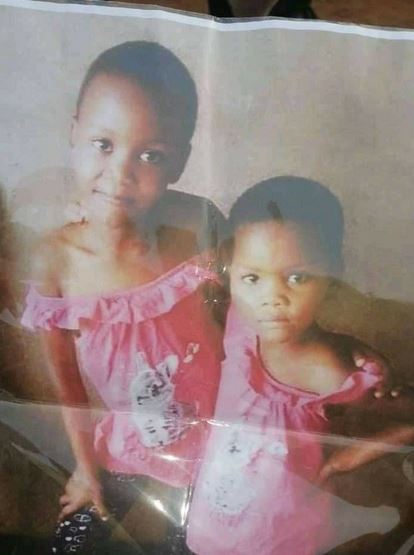 Two lifeless bodies of two sisters who were reported missing have been discovered by the Limpopo police, South Africa in a bush on Tuesday evening, September 14.

The bodies of Kamogelo Raphasha, 7, and her sister Tshegofatso, 5, were found by a passer-by at about 6pm in a graze camp next to Ga-Mashalane village.

Police spokesperson Brig Motlafela Mojapelo said their bodies were found lying next to one another in bushes and were in a state of decomposition.

The two sisters went missing on Aug. 23 at Marobjane village, in the Senwabarwana policing area, after they were reportedly last seen walking with their aunt, who is said to be mentally challenged. 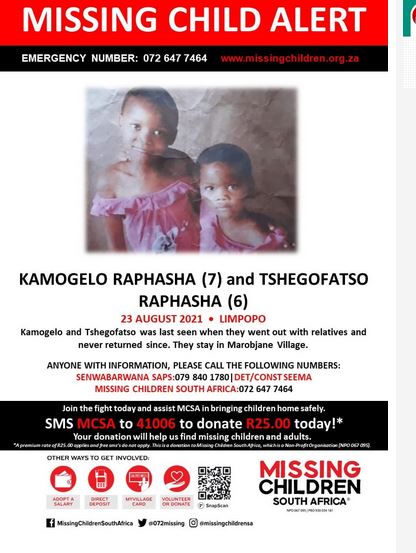 Mojapelo said postmortems will be conducted to determine the cause of death and police investigations are continuing.

Provincial police commissioner Lt-Gen Thembi Hadebe thanked all role players, the police and members of the community for their efforts during the frantic search for the siblings.

"What remains is to determine whether any individual could be held responsible for the deaths of these children. The police will open an inquest docket to probe the circumstances that led to this sorrowful incident. We urge community members in the area to remain calm and give the investigations space to unfold unhindered,” said Hadebe.

Social development MEC Nkakareng Rakgoale said social workers, who have been with the family since the children were reported missing, will continue with the provision of psychosocial support after the search for the children ended in tragedy.

"We hope the police investigations will shed more light and for justice to take its course,” said Rakgoale.

She expressed concern about the increasing number of missing persons cases in Limpopo.

This after three schoolchildren, who had been reported missing on August 30, were found by a herdsman floating in the Mohlabetse River in Limpopo.

Siblings Themba Ngomane, 8, Nonjabulo Ngomane, 9, and neighbour Katlego Sibande, 15, were reported missing after leaving for school and not returning.

"As the department of social development we remain concerned about incidents of this nature reported in some parts of the province. We urge all members of the public to assist government to always ensure the safety of children,” Rakgoale.

"Our deepest sympathy to the Raphasha family, friends and the community of Marobjane during this difficult time. It is hard to come to terms with such a loss of young children when we were still expecting a lot from them," said Mayor Pheedi

Mayor Pheedi thanked the police and all the parties involved in the search of the girls following their disappearance three weeks ago.

He further called on members of the community to allow police processes to unfold in order to establish the cause of the children's death. 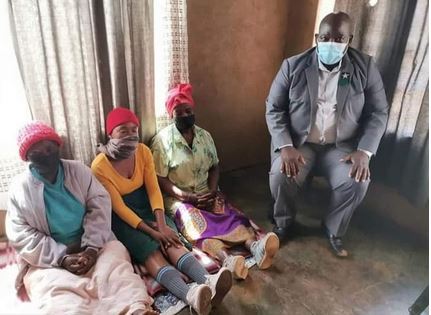 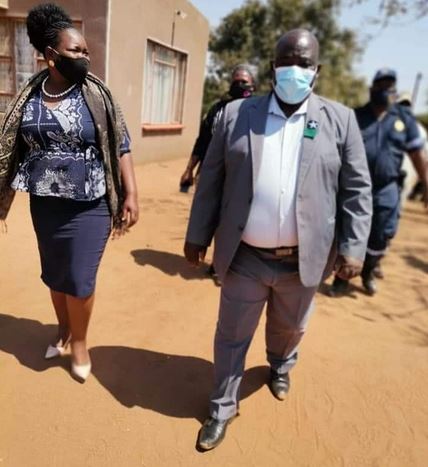